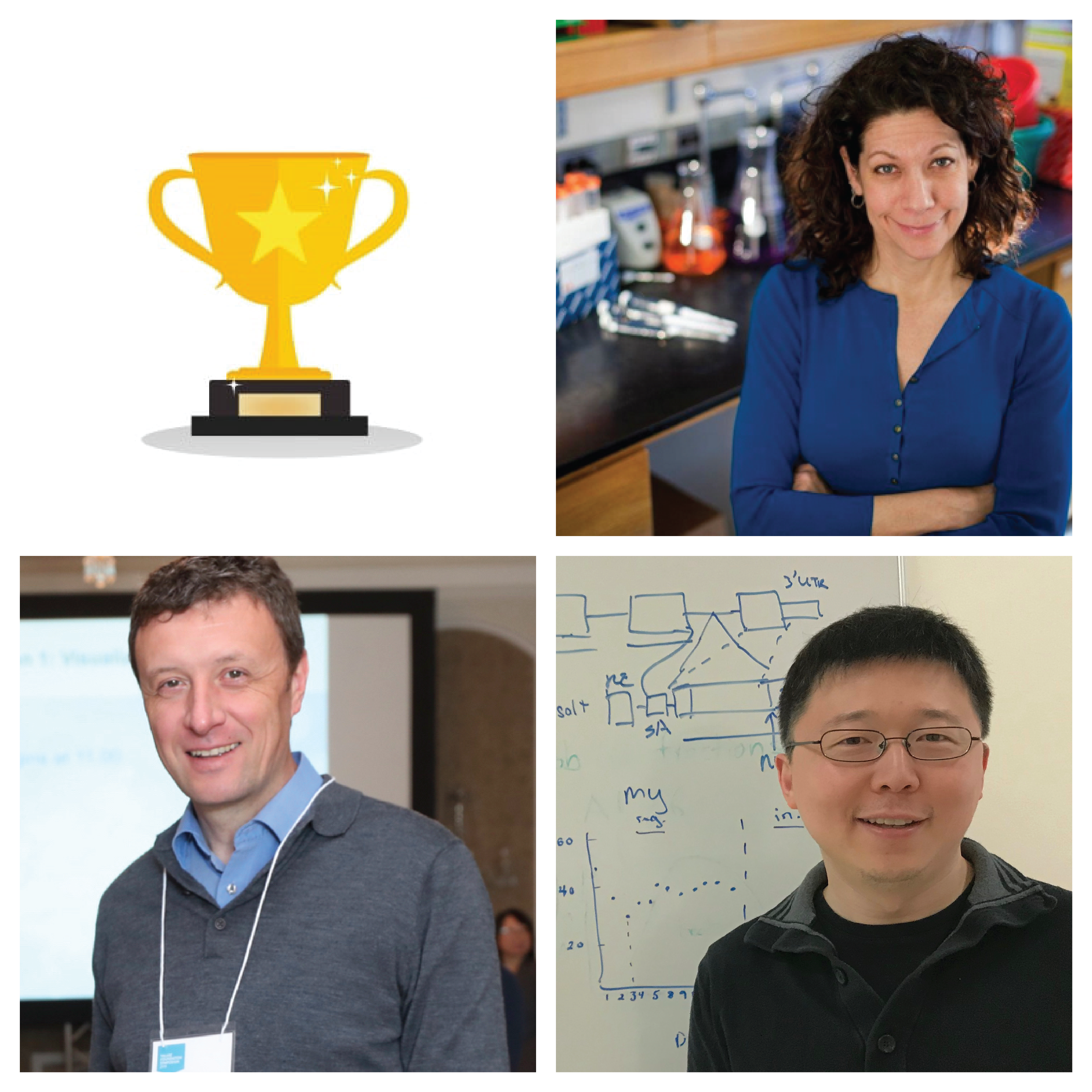 Vallee Visiting Professor Bonnie Bassler, Squibb Professor of Molecular Biology at Princeton University and an HHMI Investigator, was named joint winner of the 2021 Paul Ehrlich and Ludwig Darmstaedter Prize with Michael Silverman, Emeritus Professor of the Agouron Institute in La Jolla.  The prestigious award is for their ground-breaking discoveries concerning bacterial "quorum sensing," which refers to sophisticated systems of cell-to-cell communication that bacteria use to coordinate group behaviors.

"Silverman and Bassler have shown that, as for multicellular organisms, collective behaviour is the rule among bacteria, rather than the exception," wrote the Scientific Council in substantiating its decision. "Bacteria talk to each other, they eavesdrop on other bacteria, and they may even join forces. But: This ubiquitous chitchat, whose molecular underpinnings were discovered by Bassler and Silverman, also represents a previously unappreciated Achilles' heel in combating harmful microbes. Instead of killing bacteria with antibiotics, substances may be developed that interfere with bacterial communication effectively reducing their collective fitness. The prize-winners' research thus has considerable relevance for medicine."  Read more.

Vallee Visiting Professor Patrick Cramer, Director, Max Planck Institute of Biophysical Chemistry, Göttingen,  received the 2021 Louis-Jeantet Prize for Medicine for his pioneering work in the field of gene transcription. Transcription is a copying process enabling living cells to produce transcripts of their genes that then serve as blueprints for making proteins. Cramer’s research focuses on the molecular machines, called RNA polymerases, that control this fundamental process of life.  “Patrick Cramer has visualized the structures of many of these cellular copying machines in atomic detail for the first time. He demonstrated how RNA polymerases translate genetic information and how they work as a team with other protein complexes. His ground-breaking research provides deep insights into gene transcription with unprecedented detail. It is highly deserved that his outstanding achievements are now being honored with the Louis Jeantet Prize,” says Marina Rodnina, Managing Director at the MPI for Biophysical Chemistry.   Read more.

Vallee Scholar Feng Zhang, who is the James and Patricia Poitras Professor of Neuroscience at MIT, an investigator at the McGovern Institute for Brain Research and HHMI, a professor of brain and cognitive sciences and biological engineering at MIT, and a core member of the Broad Institute of MIT and Harvard, is the 2021 recipient of the Genetics Society of America’s Edward Novitski Prize for creativity and intellectual ingenuity in the solution of significant problems in genetics research.

Zhang is recognized for his work developing the tools of optogenetics and genome editing. These methods are among the most powerful available for understanding biology and applying these insights to medicine and industry.  Read more.

Feng Zhang is also the recipient of the National Academy of Sciences’ Richard Lounsbery Award for pioneering CRISPR-mediated genome editing.  The award recognizes “extraordinary scientific achievement in biology and medicine” as well as stimulating research and encouraging reciprocal scientific exchanges between the United States and France.

Zhang continues to lead the field through the discovery of novel CRISPR systems and their development as molecular tools with the potential to diagnose and treat disease, such as disorders affecting the nervous system. His contributions in genome engineering, as well as his earlier work developing optogenetics, are enabling a deeper understanding of behavioral neural circuits and advances in gene therapy for treating disease.

In addition, Zhang has championed the open sharing of the technologies he has developed through extensive resource sharing. The tools from his lab are being used by thousands of scientists around the world to accelerate research in nearly every field of the life sciences. Even as biomedical researchers around the world adopt Zhang’s discoveries and his tools enter the clinic to treat genetic diseases, he continues to innovate and develop new technologies to advance science.  Read more