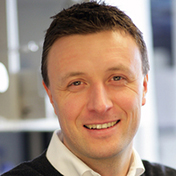 Patrick Cramer works on the molecular mechanisms of gene transcription and the principles of genomic regulation in eukaryotic cells. Gene transcription is the first step in the expression of the genetic information and a focal point for cellular regulation. 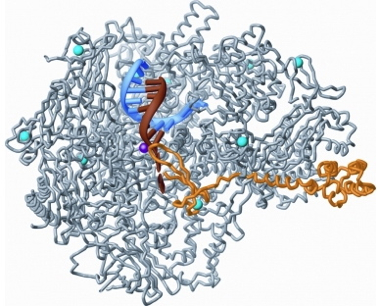 Patrick Cramer was educated at the University of Heidelberg and EMBL Grenoble.  He was Professor of Biochemistry at the University of Munich from 2004 to 2014, Director of the Gene Center of the University of Munich (LMU) from 2004 to 2013, and is Director at the Max Planck Institute of Biophysical Chemistry since 2014. He is the recipient of numerous honors and awards including the Cross of Merit of the Federal Republic of Germany (Bundesverdienstkreuz) 2012, the Paula und Richard von Hertwig-Preis (2012), Feldberg Foundation Prize (2011), European Research Council (ERC) Advanced Investigator (2010), and the Medal of Honor of the Robert Koch Institute (2010). He was elected a member of EMBO (2009), and the German Academy of Sciences Leopoldina (2009).