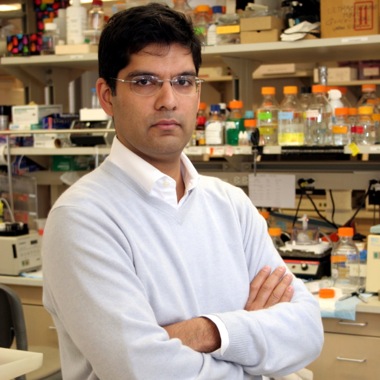 The brain transforms information into action: specific neural circuits couple sensory cues from the environment to motor centers that generate survival-promoting behaviors. While much is known about how sensory information is processed in peripheral stations in the brain, little is known about how the brain generates the complex patterns of behavior that enable animals to flexibly explore the world. Our laboratory uses genetic and electrophysiological approaches to characterize how information about innately-relevant sensory cues (such as scents from food, predators or mates) is encoded in behaviorally-relevant neural centers. We also have developed new technologies for the analysis of innate behavior that objectively reveals their underlying organization and structure.  We are currently combining these methodologies to address key questions about the role of neuromodulators and neural circuits in encoding, constructing and executing specific sequences of action in response to salient sensory cues. These experiments will illuminate the fundamental strategies used by the brain to generate adaptive behavioral responses to an ever-changing world.

Sandeep Robert Datta, a 2014 Vallee Scholar, is Assistant Professor of Neurobiology at the Harvard Medical School. Prior to his arrival at Harvard, Dr Datta was a graduate student with Michael Greenberg at Harvard Medical School and a postdoctoral fellow with Richard Axel at Columbia University. He is also the recipient of a Burroughs Wellcome Career Award in Medical Sciences, research fellowships from the Sloan, Searle and McKnight Foundations, and has won the NIH Director’s New Innovator Award.