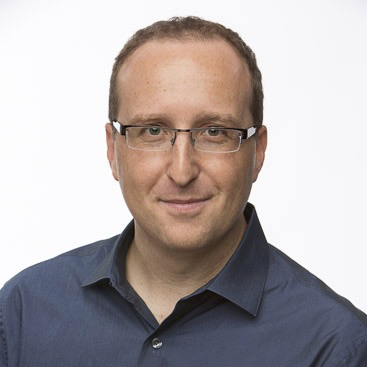 What are the neural computations that subserve complex spatial behaviors? Michael Yartsev’s lab (the “NeuroBat” lab) seeks to address this question utilizing one of the most exquisite navigators on the planet and the only mammal capable of self-propelled flight – the bat.

The lab specifically aims to study the neural mechanisms that support ethologically relevant forms of navigation by (i) establishing novel behavioral approaches that allow bats to engage in free, unconstrained behavior, (ii) focusing on relevant neural circuits and (iii) developing cutting-edge neurophysiological methodologies for the bat model system. At the behavioral level, the lab has developed a fully automated flight room where either a single bat or multiple bats can engage in natural and unconstrained forms of navigation. Utilizing an array of high-speed video cameras, real-time tracking systems and ultrasonic microphones we can carefully monitor the position, motion and sensory signals of the navigating bats at fine spatial and temporal resolutions. At the neural level, the lab utilizes technologies for wireless neural recordings in single and multi-animal settings using both electrophysiological and calcium imaging methods in freely flying bats. The lab has also recently established tools for causal manipulation, such as optogenetics, in bats which allow addressing the necessity and sufficiency of neural circuits during complex spatial behaviors. Combining these approaches, the lab aims to study how mammalian neural circuits participate and contribute to complex spatial behaviors at both the individual and group level.

Michael Yartsev completed his BSc and MSc in Biomedical engineering at the Ben-Gurion University in 2007, and received his PhD in Neuroscience from the Weizmann institute. Prior to joining UC Berkeley in 2015 he did his postdoctoral training as a CV Starr fellow in neuroscience at Princeton University at the lab of Carlos Brody.  Michael was named a PEW, Searle, McKnight, Packard, Sloan, Klingenstein & NYSCF scholar and was a recipient of the NIH Director’s new innovator award, the Rising Star award from UPenn and the Jannet Rosenberg Trubatch Award from the Society of Neuroscience.