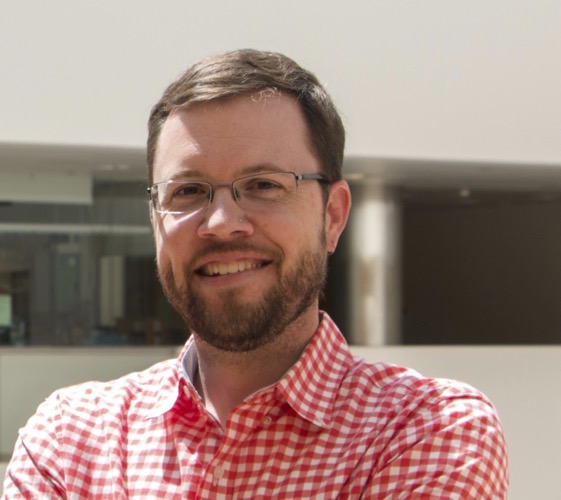 Learning is fundamental to the computational power of the brain. Fifty years of intensive study have established that changes in the strength of synaptic connections between neurons underlie learning and memory. Yet the biological processes by which experience alters synaptic efficacy to change the neural circuit computations that drive behavior remain a mystery. Proposed rules and mechanisms for synaptic plasticity require spiking precision incongruent with the seemingly chaotic activity of cortical networks in awake behaving animals. Mark Harnett’s laboratory is working to develop a mechanistic and quantitative description of how experience engages cortical plasticity by focusing on calcium signaling, the critical link between neural activity and plasticity, at the subcellular level. By exploiting new technologies and approaches at the interface of biophysics and systems neuroscience, research in the Harnett lab aims to provide a new understanding of the biology underlying how mammalian brains learn. This will open new avenues of research into disease states characterized by aberrant learning and memory including autism, schizophrenia, and dementia, and may as well have important implications for designing new, brain-inspired artificial neural networks with broad utility.

Mark Harnett is the Middleton Career Development Assistant Professor of Brain and Cognitive Sciences at MIT and an Investigator in the McGovern Institute for Brain Research. He received his BA in Biology from Reed College in Portland, Oregon and his PhD from the University of Texas at Austin.  Prior to joining MIT, he did postdoctoral work with Jeff Magee at the Howard Hughes Medical Institute’s Janelia Research Campus in Ashburn VA. Mark is an Allen Institute for Brain Science Next Generation Leader and a recipient of the Klingenstein-Simons Fellowship Award in Neuroscience.