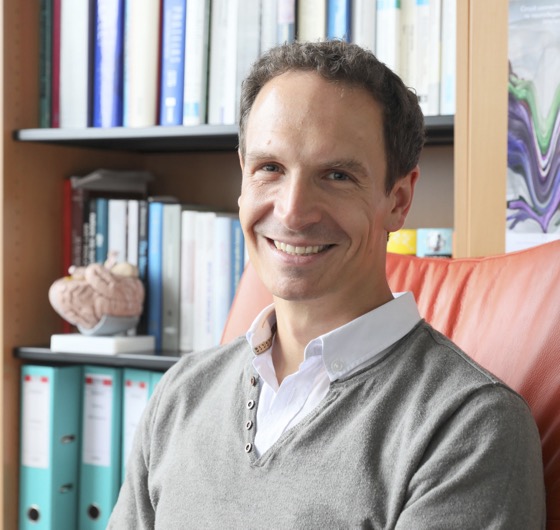 The laboratory of Johannes Gräff at EPFL’s Brain Mind Institute is interested in the cellular and molecular mechnisms of memory. To investigate these, the lab focuses among others on the emerging field of neuroepigenetics. “Epi-genetic” mechanisms, i.e. modifications to the chromatin that regulate gene expression without changing the DNA sequence itself, have not only been shown to react to fluctuating environmental contingencies, but also to encode cellular fate during development. With this Janus-faced property of being at once dynamic and stable, we hypothesize that epigenetic mechanisms harbor the potential to better explain the molecular processes that govern memory formation, storage and loss. In extension, because epigenetic mechanisms are also amenable to pharmacological interventions, they might constitute a novel angle on how to counteract dwindling memory capacities such as in Alzheimer’s disease, and particularly strong memories such as in PTSD.

Johannes Gräff is an Assistant Professor at the Brain Mind Institute of the School of Life Sciences at EPFL, Switzerland. Of Swiss origin, he obtained his PhD under the guidance of Isabelle Mansuy at ETHZ, and conducted his postdoctoral studies in the laboratory of Li-Huei Tsai at the Picower Institute of Learning and Memory at MIT. Since setting up his own research group in 2013, Johannes has become a NARSAD Independent Investigator, an MQ fellow and a founding member of the FENS-KAVLI Network of Excellence. In 2014, he has received the Young Investigator Award of the Swiss Society for Biological Psychiatry, and in 2015 was awarded with an ERC Starting Grant.