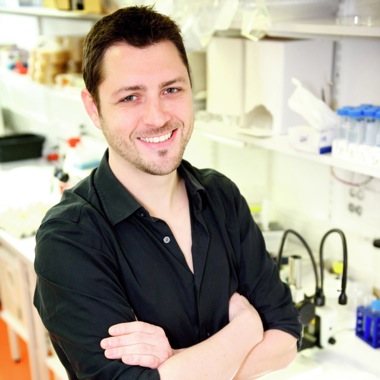 Embryonic development requires that the behavior of thousands of cells be finely orchestrated in concert with signaling pathways.  While much work has focused on the genetic and transcriptional control of morphogenesis, how cell dynamics and behavior are controlled has remained more elusive.  In order to understand how structures and organs form, it is crucial to understand how cells, the building blocks of tissue, assemble in real time, as morphogenesis is taking place.  This achievement has proven difficult due to technical hurdles in higher vertebrates, since embryos, optically opaque, are not easily amenable to static live imaging conditions.  Taking advantage of recent developments in genome sequencing and editing technologies, we will develop genomic resources and molecular genetic strategies for the quail (coturnix japonica) as a true genetic animal model to decipher basic rules driving epithelial morphogenesis in amniotes (mammals, birds and reptile).  By combining such resources and the amenability of quail embryos to live imaging methodologies we will investigate the dynamic mechanisms underlying epithelial morphogenesis during early embryogenesis.  Specifically, we will investigate how cell-cycle progression dynamically modulates adhesive and contractile properties of epithelial cells during early embryogenesis, using genetically modified quail embryos. Altogether this studies aim at establishing the quail as the avian genetic model of reference in order to address fundamental mechanisms underlying dynamic morphogenetic mechanisms in higher vertebrates.

Jerome Gros obtained his PhD in 2006 from the University of Marseille-Luminy in France, in the field of Developmental Biology. He then moved Boston, USA as a postdoctoral fellow in the laboratory of Cliff Tabin in the department of Genetics at Harvard Medical School. In 2012, Dr Gros became an Assistant Professor of Developmental and Stem Cell Biology at the Institut Pasteur in Paris, France where his research focuses on the imaging and regulation of the cellular events that shape the early vertebrate embryo.