Who is eligible for a Vallee Scholar Award?
This award is available to exceptional, early stage, independent investigators carrying out bold and innovative basic biomedical research, nominated by institutions that have been invited by the Vallee Foundation to submit a nomination. The Vallee Foundation Board of Directors determines the list of institutions that will be invited to submit candidates in any given year. Invitations will be sent directly to the selected institutions in September. Only one application can be submitted per institution.  The candidate must have received his/her PhD/MD or other professional degree within 12 years of the application deadline.  By the same date, the candidate should be in an independent research position at the nominating institution and have been an independent researcher for 6 years or fewer. The Vallee Foundation welcomes applications from outstanding scientists regardless of race, gender or disability but is mindful of the lack of diversity within the scientific research community as a whole and is committed to furthering the careers of historically under-represented minorities.
Do you have guidelines about how institutions select a candidate to nominate?
While the details of how the internal candidate is selected are at the discretion of the institution, a full description of the institution’s call for candidates, and subsequent selection process should be included in the nomination letter.
When are nominations due and what is the application timetable?
The Vallee Foundation will invite specific institutions to submit a nomination each September.  Letters of Nomination from the Dean or Department Chair must be sent to the Foundation no later than December 1. Completed applications are due to the Vallee Foundation by February 1.  Awards will be announced by early September, with funding provided soon thereafter.
The investigator we want to nominate has received another scholar or young investigator award. Would this make him/her ineligible?
No.  The Vallee Foundation has no restrictions on nominees having received other grant funding. The Selection Committee may at its discretion, however, consider the levels, and other sources, of funding when comparing closely-ranked candidates.
The investigator we want to nominate earned his/her PhD more than twelve years ago, but took time out to raise a family / for sick leave / etc.  Can your 12-year deadline be extended?
The Vallee Foundation is sensitive to matters that may affect career trajectories.  In line with most academic institutions, the time frame may be extended by one year per child for new parents up to a maximum of two years.  Please write to the Vallee Foundation about the circumstances and indicate why this candidate would be worthy of special consideration.
My institution has been invited to submit a nomination.  We have selected an internal candidate for nomination. How do we submit the nomination?
The Dean or Department Chair should email a Letter of Nomination to the Vallee Foundation no later than December 1.  This letter should include the name and email address of the nominee; a description of the merit of the candidate and his/her research; an account of the institution's selection process including whether or not a committee was convened and the names of the committee members; and confirmation that the candidate is in a tenure-track or tenure-track-equivalent position and falls within all eligibility requirements.  Upon receipt of the Letter of Nomination, the Vallee Foundation will provide your nominee with the address of our log-on page and this year’s access code. The nominee can then create an account, insert the access code and complete the application by February 1.
Has our organization been invited to submit a nomination this year?
The following institutes have been invited to nominate a candidate for a 2023 Vallee Scholar Award:
Barcelona Institute of Science and Technology
University of California, Los Angeles
University of California, San Francisco
University of Cambridge
Francis Crick Institute
Duke University
Harvard Medical School
University of Illinois at Urbana-Champaign
Karolinska Institute
Massachusetts Institute of Technology
University of Munich
University of Oxford
Pasteur Institute
Princeton University
The Rockefeller University
Stanford University
University of Tokyo
Walter and Eliza Hall Institute
Washington University School of Medicine
Weil Cornell Medicine
University of Wisconsin
Weizmann Institute
Yale University
University of Zurich
How can my institution be added to the pool of institutions being considered this year?
The Board of Directors selects the institutions invited to submit nominations each summer. Given the limited number of Vallee Scholar Awards, however, it is unlikely that additional institutions will be added to the list in the next few years.

I have been nominated by my institution to submit an application for a Vallee Scholar Award. What do I do now?
If you have not received the address of our log-on page and this year’s access code, please write to Alexa Mason, Executive Director, The Vallee Foundation. You will then need to create an account, insert the access code and complete the application by February 1.
Which browser is most compatible with your online application form?
We suggest using Google Chrome 14 or higher, or Firefox 9 or higher. Safari and Internet Explorer will work but you may encounter some minor technical issues.
Can I update information in an application I have submitted?
You can make any number of changes to a draft application, but after you have hit the Submit button, you cannot make changes through the online system. Write to Alexa Mason, Executive Director, The Vallee Foundation, with your concerns.
What documents will I be asked to upload?
You will be asked to upload the following documents in pdf format:

You will also be asked to:

How do I submit letters of reference?
Letters of reference should be emailed directly from the referee to Alexa Mason, Executive Director, The Vallee Foundation by February 1. These are not uploaded.
Why am I having trouble uploading my file?
Your file size may be too large. Maximum file sizes are given for each document to be uploaded. Or you may have extra periods in the file name. Remove them and replace with a dash or underscore.
What is the application deadline?
Nominees for a Vallee Scholar Award must complete their online application by February 1.
When will I hear if my application is successful or not?
Vallee Scholar Awards are announced in early September.
How much is the grant for a Vallee Scholar Award?
This award provides a one-time, career development award of $340,000.
What is the grant period?
Vallee Scholar Awards are granted for four years.
What can Vallee Scholar Awards be spent on?
While relatively unrestricted, no more than 10% of the grant can be used for institutional indirect costs. Use of award funds for salary support of the applicant is not permitted. Salary for others, such as postdoctoral fellows, graduate students and research assistants is allowed, as are expenditures for supplies, equipment, research travel, and extra caregiving expenses. Graduate student tuition payments cannot exceed $10,000 per year. 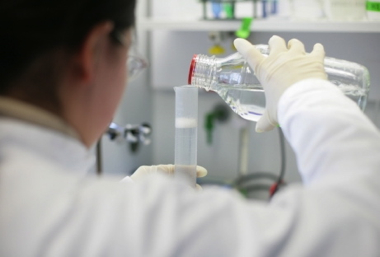