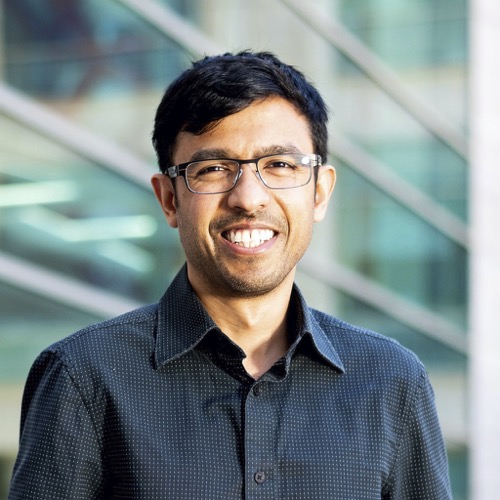 How do we sense the outside world? The ability of cells to sense their environments and to communicate with each other depends on thousands of proteins that act as antennae, each tuned to a distinct channel. The largest family of such sensory proteins are G protein-coupled receptors (GPCRs). Over the past century, our understanding of GPCR function has changed modern medicine by providing transformative drugs ranging from beta-blockers to antipsychotics. Yet remarkably, a large fraction of this imminently druggable goldmine remains untapped because we simply don’t know what hundreds of GPCRs respond to. The Manglik lab aims to develop new approaches to decode the stimuli that these “orphan” GPCRs sense. Our hope is that this will enable us to learn new channels that cells use to communicate with each other, thereby providing new insight into human physiology and disease.

Aashish Manglik, MD, PhD, is an Associate Professor in the Departments of Pharmaceutical Chemistry and Anesthesia at UCSF. Aashish received his BA in Biology and Chemistry from Washington University in St Louis and his MD/PhD from Stanford University. His graduate work with Brian Kobilka focused on understanding the atomic basis of action of G protein-coupled receptors, notably the adrenergic, muscarinic, and opioid receptors important in various aspects of human physiology. Aashish was named a Pew, Searle, and Klingenstein Scholar and is a recipient of the NIH Director’s Early Independence Award.