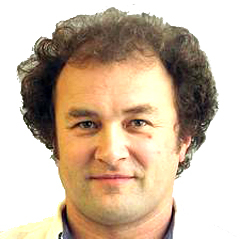 Nicholas Tonks is one of the leading authorities on the protein tyrosine phosphatase (PTP) family of enzymes. He discovered PTP1B, which is now known to play not only a key role in insulin and leptin signaling, but also to be a positive regulator of HER2 signaling in breast cancer. Areas of research in his lab include functional analysis of members of the PTP family, using various approaches including RNA interference, in cell and animal models of disease. This is integrated with development of novel approaches to therapeutic intervention in PTP function.

Dr Tonks was educated at Oxford University and the University of Dundee where he earned his PhD in 1985 under Philip Cohen.  He conducted postdoctoral studies at the University of Washington with Edmond H  Fischer, and moved to the Cold Spring Harbor Laboratory in 1990, where he was promoted to full Professor in 1995. He has published over 180 papers in the field and has been granted 10 patents.  His research has been recognized by several awards, including a MERIT Award from the NIH and the Colworth Medal (British Biochemical Society). He is a Fellow of the Royal Society and was a Pew Scholar in the Biomedical Sciences.