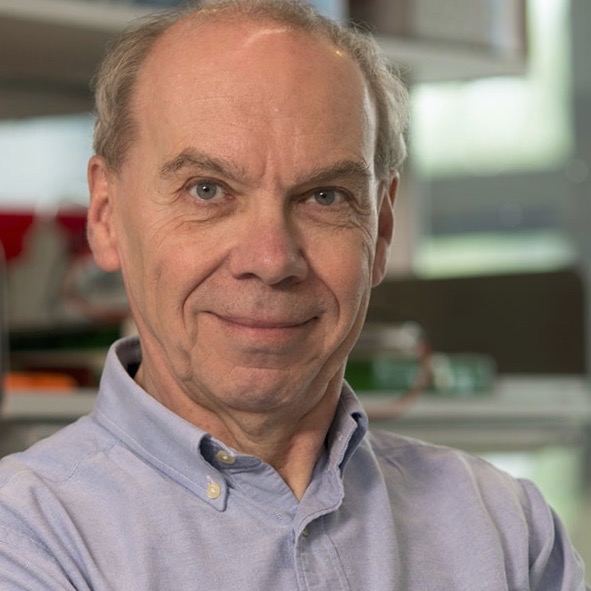 Michel Goedert is a Programme Leader at the Medical Research Council Laboratory of Molecular Biology in Cambridge, UK. A native of Luxembourg, he obtained an MD from the University of Basel (Switzerland) and a PhD from Cambridge University, before joining the MRC Laboratory in Molecular Biology in 1984. He was Head (joint or sole) of its Neurobiology Division from 2003-2016.

Michel Goedert works on the filamentous amyloid assemblies within brain cells that define common neurodegenerative diseases, including Alzheimer’s and Parkinson’s. His work helped to identify tau protein and alpha-synuclein as the major components of the pathological filaments and to show that their formation causes cell death and neurodegeneration. Recent work done in collaboration with Sjors Scheres has used electron cryo-microscopy and immunogold negative-stain electron microscopy to determine the first high-resolution structures of disease filaments from human brain, thus identifying different conformers of assembled tau in Alzheimer’s and Pick’s diseases. These structural insights will inform understanding of how diseases start and how they may be diagnosed and treated.

Michel Goedert is a Fellow of the Royal Society, a Fellow of the UK Academy of Medical Sciences and a member of EMBO. He received a number of awards, including the 2014 European Grand Prix for Research from the French Alzheimer Foundation and the 2018 Brain Prize from the Lundbeck Foundation.