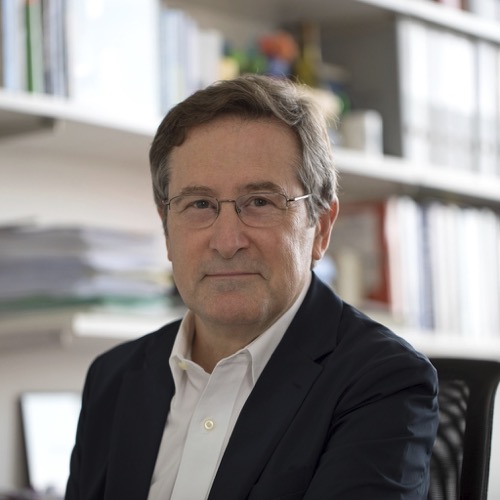 Michael N Hall studies cell growth control and, in particular, the TOR (Target of Rapamycin) signaling network in yeast and mammals. He discovered the highly conserved, nutrient-activated protein kinase TOR in the early 1990's, and subsequently elucidated its role as a central controller of cell growth and metabolism.  His subsequent studies include the discovery of the two structurally and functionally distinct TOR complexes (TORC1 and TORC2) and the description of the two signaling pathways mediated by these two complexes.  The two TOR complexes, like TOR itself, are highly conserved.  Thus, the two TOR complexes constitute an ancestral signaling network conserved throughout eukaryotic evolution to control the fundamental process of cell growth.  The discovery of TOR led to a fundamental change in how one thinks of cell growth.  It is not a spontaneous process that just happens when building blocks (nutrients) are available, but rather a highly regulated, plastic process controlled by TOR-dependent signaling pathways.  More recently, he found that mammalian TOR (mTOR) signaling in metabolic organs controls whole body growth and metabolism.  As a central controller of growth and metabolism, TOR plays a key role in development and aging, and is implicated in disorders such as cancer, cardiovascular disease, diabetes, and obesity.

Michael N Hall was born in Puerto Rico and spent his childhood years in South America (Venezuela and Peru) before moving to the United States to pursue his studies. He received his PhD from Harvard University in 1981, and was a postdoctoral fellow at the Pasteur Institute (Paris, France) and the University of California, San Francisco. He joined the Biozentrum of the University of Basel (Switzerland) in 1987 where he is currently Professor and former Chair of Biochemistry. Dr Hall is a pioneer in the fields of TOR signaling and cell growth control. In 1991, he and colleagues discovered TOR (Target of Rapamycin) and subsequently elucidated its role as a central controller of cell growth and metabolism. Dr Hall is a member of the US National Academy of Sciences and has received numerous awards, including the Louis-Jeantet Prize for Medicine (2009), the Breakthrough Prize in Life Sciences (2014), the Canada Gairdner Award for Biomedical Research (2015), and the Albert Lasker Award for Basic Medical Research (2017). He and his wife Sabine (née Carrère) live in Basel with their daughters Zoé and Léa.