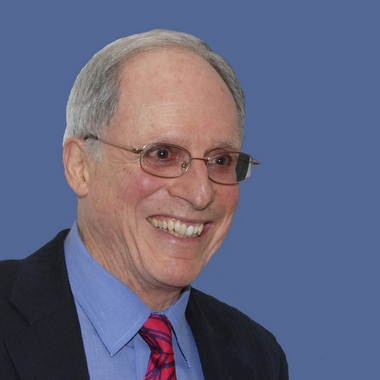 Protein interactions have been David Eisenberg’s career-long interest.  Starting at UCLA he determined structures for oligomeric proteins, including melittin from bee venom, glutamine synthetase, tobacco RuBisCO, and diphtheria toxin.   The structure of diphtheria toxin led to the discovery of 3D domain swapping, a mechanism for the formation of oligomers, subsequently found in hundreds of other proteins.  With the advent of whole genome sequencing, he became interested in computational inference of protein interactions.  Since 1999 he has focused increasingly on proteins associated with amyloid and prion diseases.  These are diseases of protein oligomerization and fibrillation.  In very recent work, his lab has determined the structure of the toxic core of alpha-synuclein, the protein associated with Parkinson’s disease.  The crystals that yielded this structure are literally invisible, being smaller than the wavelength of visible light.  They are 1 trillion times smaller than the crystal of CuSO4 that von Laue used in his 1912 discovery of x-ray diffraction and 10 billion times smaller than the crystals Perutz used to determine the structure of hemoglobin.  To learn the structure, they had to apply a new method, Micro Electron Diffraction. Also in recent work, they determined the structure of a crystalline toxin inside bacterial cells, using a free electron laser.

As a Harvard undergraduate, David Eisenberg had the good fortune to be assigned to study with John T Edsall, one of the pioneers of protein chemistry, who oriented David to his life’s work.  As a Rhodes Scholar at Oxford, Eisenberg earned a DPhil in theoretical chemistry for study with Charles Coulson on hydrogen bonding in ice. Returning to the States, Eisenberg worked as a postdoctoral fellow with Walter Kauzmann, the discoverer of the hydrophobic interaction.  Together they wrote a monograph, The Structure and Properties of Water, still in print after 46 years.  In a second postdoctoral fellowship at Caltech, Eisenberg learned X-ray crystallography from Richard Dickerson.  Since 1969, Eisenberg has been on the faculty of UCLA, now as the Paul D Boyer Professor of Biochemistry and Molecular Biology and as Investigator of the Howard Hughes Medical Institute.  Beginning in 1999, Eisenberg concentrated on studies of prions and proteins in the amyloid state.   He has coauthored a text Physical Chemistry for Students of the Life Sciences, as well as approximately 350 research papers.

Eisenberg is a member of several scholarly societies, including the US National Academy of Sciences, the American Academy of Arts and Sciences, the Institute of Medicine, the American Philosophical Society, and the American Crystallographic Association.  He has received the Harvard Westheimer Medal, the UCLA Seaborg Medal, the Harvey International Prize in Human Health, the Bert and Natalie Vallee Award in Biomedical Science, and is an honorary fellow of Queen’s College, Oxford.