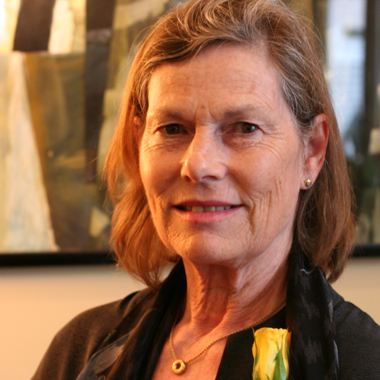 Professor Dame Louise Johnson was a leading molecular biologist and protein crystallographer who helped to elucidate the properties of lysozyme — an enzyme present in tears, and (with Thomas Blundell) wrote the classic textbook on protein crystallography*, a technique now routinely used to determine how a pharmaceutical drug interacts with its protein target.  Her research at Oxford focused on the structure and behavior of protein kinases (enzymes that work as catalysts to modify other proteins, causing them to change their function) in the regulation of the cell cycle — work that is crucial in finding the causes of disease and for designing new drugs.

Louise Johnson earned her PhD at the Royal Institution (1966) under the direction of Lawrence Bragg and David Phillips.  After a year at Yale University, she moved to Oxford in 1967 where she became a university lecturer and Fellow of Somerville College in 1973 and Professor of Molecular Biophysics and Fellow of Corpus Christi College in 1990.  In 2003 she became Director of Life Sciences at the Diamond Light Source, the project to establish a British synchrotron, which began operation in 2007.  She won numerous awards and prizes including the Novartis Medal and Prize of the Biochemical Society in 2009.  She was elected a Fellow of the Royal Society in 1990, appointed DBE in 2003, and elected a foreign associate of the US National Academy of Sciences in 2011.