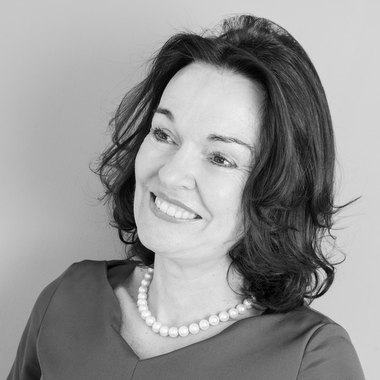 Research in Carol Robinson’s group is focused on studying proteins and their complexes in the gas phase of the mass spectrometer.  From the earliest days of the mass spectrometry of proteins, it became apparent that as proteins transition from solution to the gas phase aspects of their secondary structure could be preserved.  It was not clear at that stage, however, if protein structures were modified by this transition.  At first, though subunit interactions were maintained, the extent to which their folding was perturbed was at that time unclear.

Some 25 years later Carol Robinson is now convinced of the preservation of aspects of the macromolecular structure of protein complexes in the gas phase.  Her lab has now shown that the overall topology of macromolecular assemblies can be preserved by developing ion mobility methods for use in combination with mass spectrometry. Using this combination of approaches they were able to separate two complexes with identical mass to charge, a ring shaped 11-mer and a collapsed form, separated according to their different packing arrangements.  They have since gone on to develop gas phase unfolding protocols, using this ion mobility mass spectrometry approach, and to study protein stability as a function of small molecule binding.

With these methods now in place the Robinson group has applied this technology widely.  For example to reveal the heterogeneity and dynamics of molecular chaperone complexes, to probe the unusual stoichiometry of ribosomal stalk proteins and to find unexpected stoichiometries in eukaryotic initiation factors and in very large complexes such as dynactin and the CRISPR interference complex CSM.

During the last 10 years they have discovered new ways of introducing membrane proteins, encapsulated in detergent micelles and nanodiscs, and released intact in the gas phase.  This discovery has provided a new view of membrane proteins. The fact that an intact rotary ATPase of close to 30 membrane and soluble subunits can traverse the mass spectrometer intact was counter-intuitive and provided new information about lipid interactions, nucleotide binding and allosteric communication between the head and the base.  Moreover the selectivity of lipid binding that they have uncovered, is shedding new light on the many roles of lipids in stabilising membrane proteins for structure, function, and conformational change with implications important for understanding drug binding and antibody targeting.

A Fellow of the Royal Society, Carol has received several honorary degrees, medals, awards and prizes from international bodies including the International Mass Spectrometry Foundation, The Biophysical Society, The Royal Society of Chemistry and the British Mass Spectrometry Society.  Carol was the FEBS/EMBO Woman of the year in 2011 and the L’Oréal - UNESCO For Women In Science European Laureate in 2015.