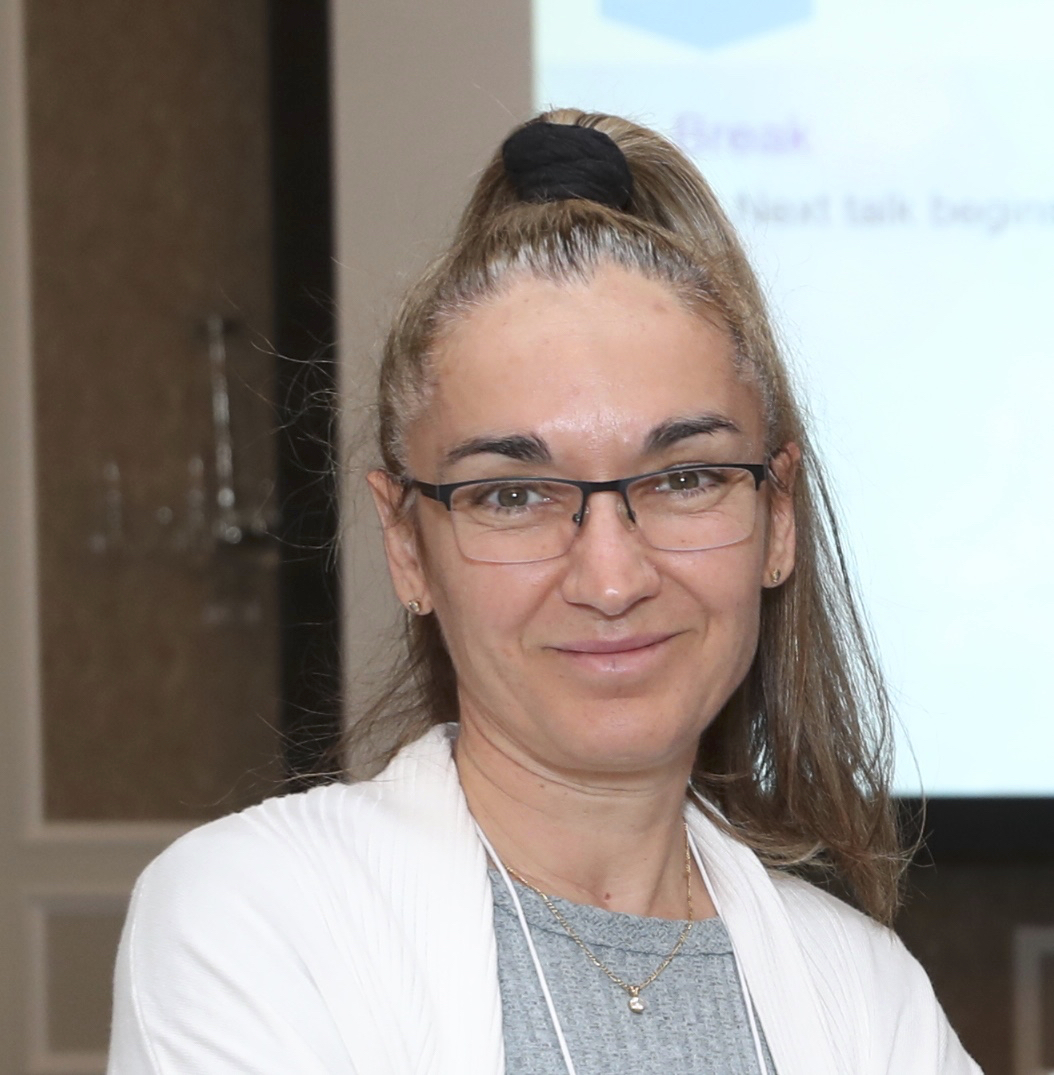 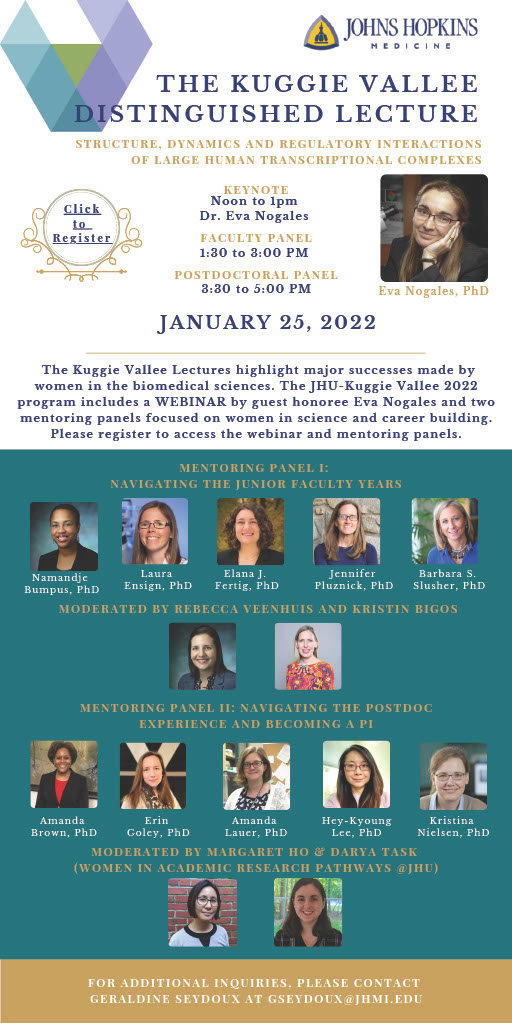 In addition to Eva's talk on the Structure, Dynamics and Regulatory Interactions of Large Human Transcriptional Complexes on January 25, 2022, John Hopkins organized two mentoring panels focused on women in science and career building, one for junior faculty and the other for postdocs. Dr Nogales and the other panelists spoke from their own experience as they answered questions, and offered tips and advice, some of which can be found in Woman to Woman Scientist: Advice for Early-Career Scientists.  This year's Kuggee Vallee Distinguished Lecture and the two mentoring panels were conducted by Zoom and attracted a sizeable audience from within the Johns Hopkins community and beyond.

Eva Nogales received her bachelor’s degree in physics from the Universidad Autónoma de Madrid (Spain). She did her graduate work at the Synchrotron Radiation Source and earned her doctorate in biophysics from the University of Keele (UK). She carried out her postdoctoral work at the Lawrence Berkeley National Laboratory (USA), where she worked with Kenneth H Downing on the structure determination of tubulin by electron crystallography. She joined the University of California, Berkeley in 1998 and the Howard Hughes Medical Institute in 2000. She is a Senior Faculty Scientist at the Lawrence Berkeley National Laboratory (LBNL) and the Head of Biochemistry, Biophysics and Structural Biology Division at UC Berkeley.

Eva’s research is dedicated to gaining mechanistic insight into crucial molecular processes in the life of the eukaryotic cell. Her main research themes are the regulated dynamics of the microtubule cytoskeleton during cell division and the molecular machines governing the ﬂow of genetic information within the central dogma, especially those involved in gene regulation at the transcriptional level. The unifying principle in her work is the emphasis on studying macromolecular assemblies as whole units of molecular function by direct visualization of their architecture, functional states, and regulatory interactions using cryo-electron microscopy as a major tool.