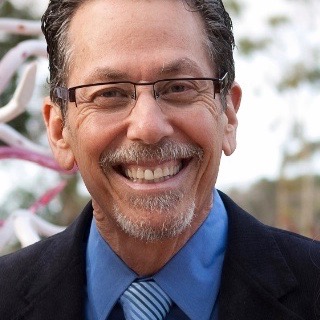 Ronald Evans is an Investigator of the Howard Hughes Medical Institute and Director of the Gene Expression Laboratory at the Salk Institute. He is known for his discoveries of nuclear receptors and the mechanism of hormone signaling. Hormone receptors help to control sugar, salt, calcium and fat metabolism as well as reproductive physiology. These receptors are primary targets in the treatment of breast cancer, prostate cancer and leukemia, as well as osteoporosis, inflammation and asthma. His initial isolation of steroid receptors uncovered a hidden ‘superfamily’ of hormone receptors whose characterization revealed the existence of previously unknown signaling pathways for cholesterol, bile acids and fatty acids, fundamentally changing our views of both physiology and the treatment of disease such as obesity, diabetes and cancer. His work led to the development of Panretin, Targretin in leukemia (Ligand Pharmaceuticals) as well as Lasofoxifene and Bazedoxifene (Pfizer) (for osteoporosis and hormone replacement therapy). He was a cofounder of X-Ceptor Therapeutics, a company that developed compounds targeting orphan nuclear receptors for the treatment of metabolic diseases, which was acquired by Exelixis in 2004. He was a consultant for the development of Aragon ARN-509 and Seragon ARN-810 for prostate and breast cancer respectively. He is a founder of MitoBridge in Boston (developing drugs to boost mitochondrial function) and Xtuit (building drugs to target the tumor microenvironment). His current work focuses on energy metabolism in muscle (exercise in a pill), along with new insights into obesity, insulin resistance and cancer. He is a Professor in the Gene Expression Laboratory at the Salk Institute for Biological Studies, a Howard Hughes Medical Institute Investigator, holds the March of Dimes Chair in Developmental and Molecular Biology at the Salk Institute and is a Research Scholar of the Lustgarten Foundation for pancreatic cancer. He is the recipient of the Albert Lasker Award (2004), the Wolf Prize, Israel (2012) and a Member of the National Academy of Sciences and the Institute of Medicine.​