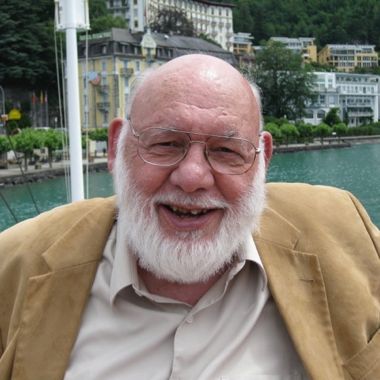 The Vallee Foundation joins the family, friends and collaborators of Walter Gehring (VVP 2013) in mourning his untimely death on May 29. He was a remarkable scientist who made significant contributions to the study of the genetic control of development.  Walter Gehring went to the Karolinska Institut in 2013 for his Vallee Visiting Professorship, where he was hosted by Rudolf Rigler and Lars Terenius.   Read his obituary

Torsten Wiesel (VVP 2010) celebrated his 90th birthday on June 3, 2014 with an afternoon with friends and colleagues at the Rockefeller University and his photograph in Times Square.  The extraordinary afternoon celebrations, held the day before, included two panels - Laureates' Paths to Discovery and Science Goes Global: Building International Bridges in the 21st Century - as well as a Self-Portrait through Art and Music organized by his wife, MuKha.

A symposium, entitled “Bacterial Toxins: Structure, Function, and Applications,” to celebrate the career and accomplishments of John Collier (VVP 2009), Maude and Lillian Presley Professor of Microbiology and Immunobiology, Emeritus, was held at Harvard Medical School on Friday, May 16, 2014.  Here, he talks about the infectious, incurable allure of the scientific discovery.