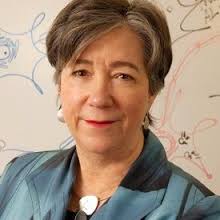 The Vallee Foundation joins the family, friends and collaborators of Susan Lindquist (VVP 2015) in mourning her untimely death from cancer on October 27, 2016.  Dr Lindquist, Member and former Director of the Whitehead Institute, Professor of Biology at MIT and HHMI Investigator, was a pioneer in the complex biology of protein folding and misfolding.  Protein misfolding has been implicated as a major mechanism in many severe neurological disorders including Parkinson’s and Huntington’s diseases.  See her obituary in the New York TImes and The Boston Globe.