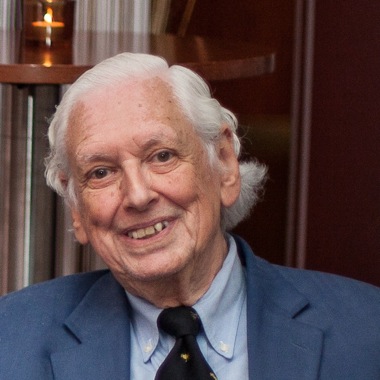 This has been a good month for the Vallee Foundation community.  Among the Vallee Visiting Professors whose research has hit the headlines recently are Jerrold Meinwald (VVP 1997), the Goldwin Smith Professor of Chemistry Emeritus at Cornell University Graduate School, who is to receive the National Medal of Science in Chemistry at a White House ceremony later this fall.  The National Medal of Science is the highest national honor for scientists and engineers.  Jerrold Meinwald is being recognized for his fundamental discoveries of how chemicals act as repellants and attractants between organisms.

Two Vallee Visiting Professors have been elected to the Institute of Medicine of the National Academies, one of the highest honors in the fields of health and medicine.  Lewis C Cantley (VVP 2006 ), Director of the Sandra and Edward Meyer Cancer Center at Weill Cornell Medical School, and Ronald Vale (VVP 2013), Professor of Cellular and Molecular Pharmacology and Howard Hughes Medical Institute Investigator at the University of California, San Francisco.

Many congratulations to all three.

Torsten Wiesel (VVP 2010), President Emeritus of the Rockefeller University, was recently interviewed in Nature about his greatest scientific achievement and his vision of the future.

Our Young Investigator Awardees have also been in the news this month:

Feng Zhang (YIA 2013), the W.M. Keck Career Development Professor of Biomedical Engineering at MIT and a member of the McGovern Institute for Brain Research at MIT and the Broad Institute of MIT and Harvard, has been named one of three 2014 NYSCF - Robertson Stem Cell Investigators. Feng Zhang is developing and applying disruptive technologies better to understand nervous system function and disease.  He will also receive the Society of Neuroscience Young Investigator Award at their annual meeting in Washington DC.

Christopher Mason (YIA 2014), an assistant professor in the Department of Physiology and Biophysics and assistant professor in the HRH Prince Alwaleed Bin Talal Bin Abdulaziz Al-Saud Institute for Computational Biomedicine at Weill Cornell, has been establishing extremely high standards for RNA sequencing and sequenced everything from the bacteria in New York City subways to the tumors of the children who grew up near Cherynobyl.

The shortlist for the 2014 WISE Awards, which celebrate female talent in science, technology and engineering, include Renata Gomes (Lindau Fellow 2014; King’s College London), who is among three finalists for the WISE Hero Award.  The black tie dinner and awards ceremony will be held in London on November 13, 2014.  HRH The Princess Royal, as patron of the WISE campaign, will present the Awards.