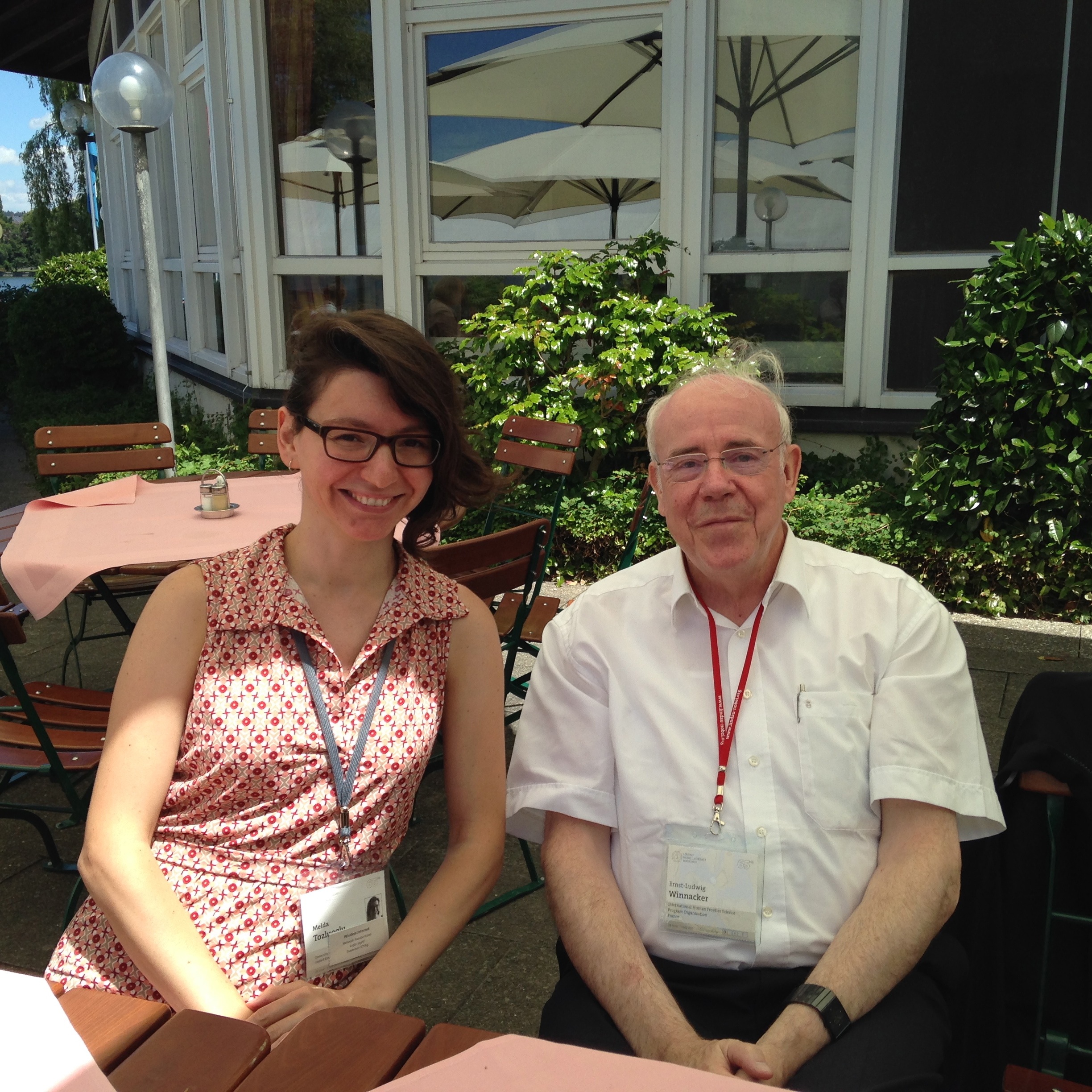 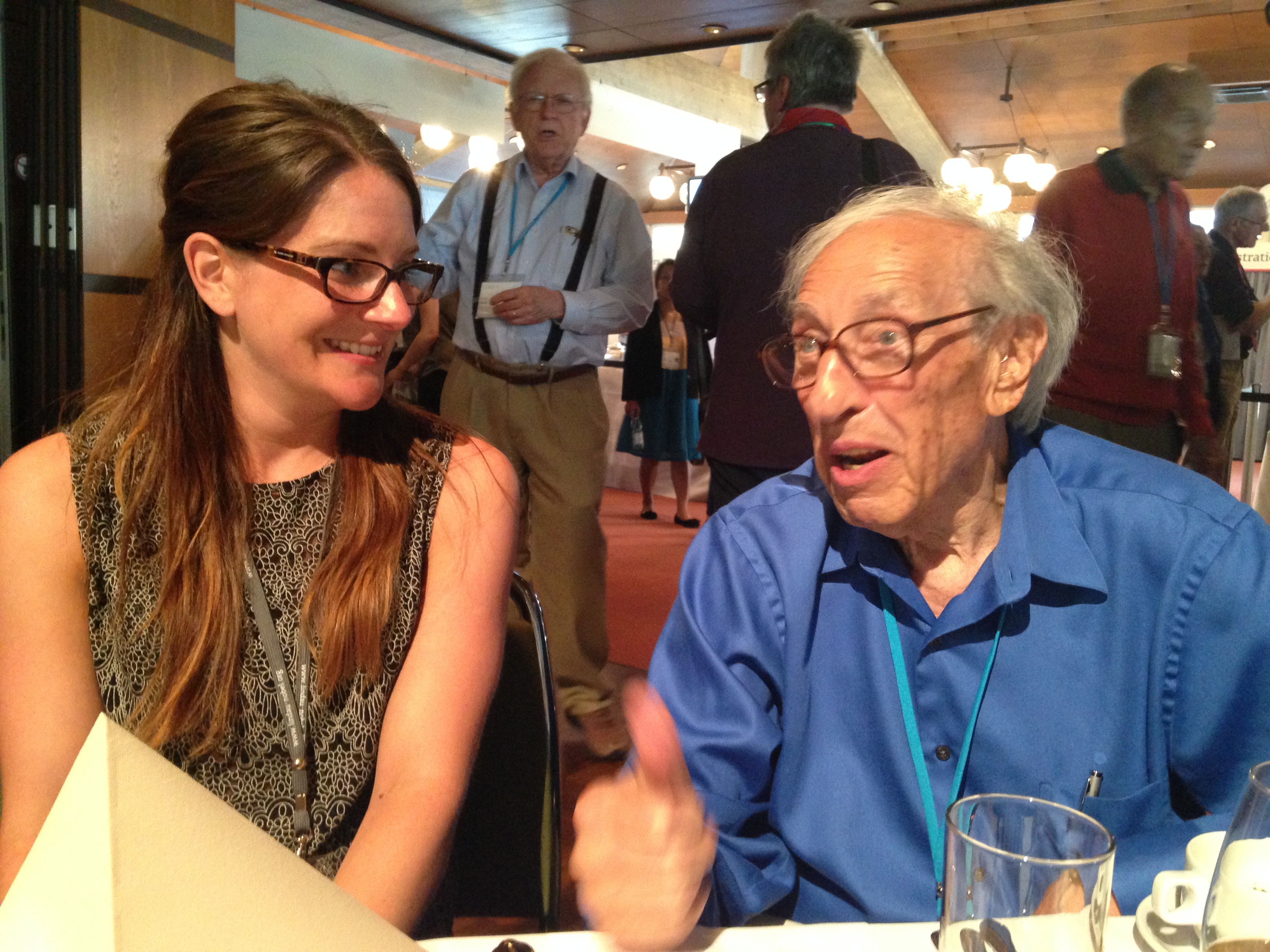 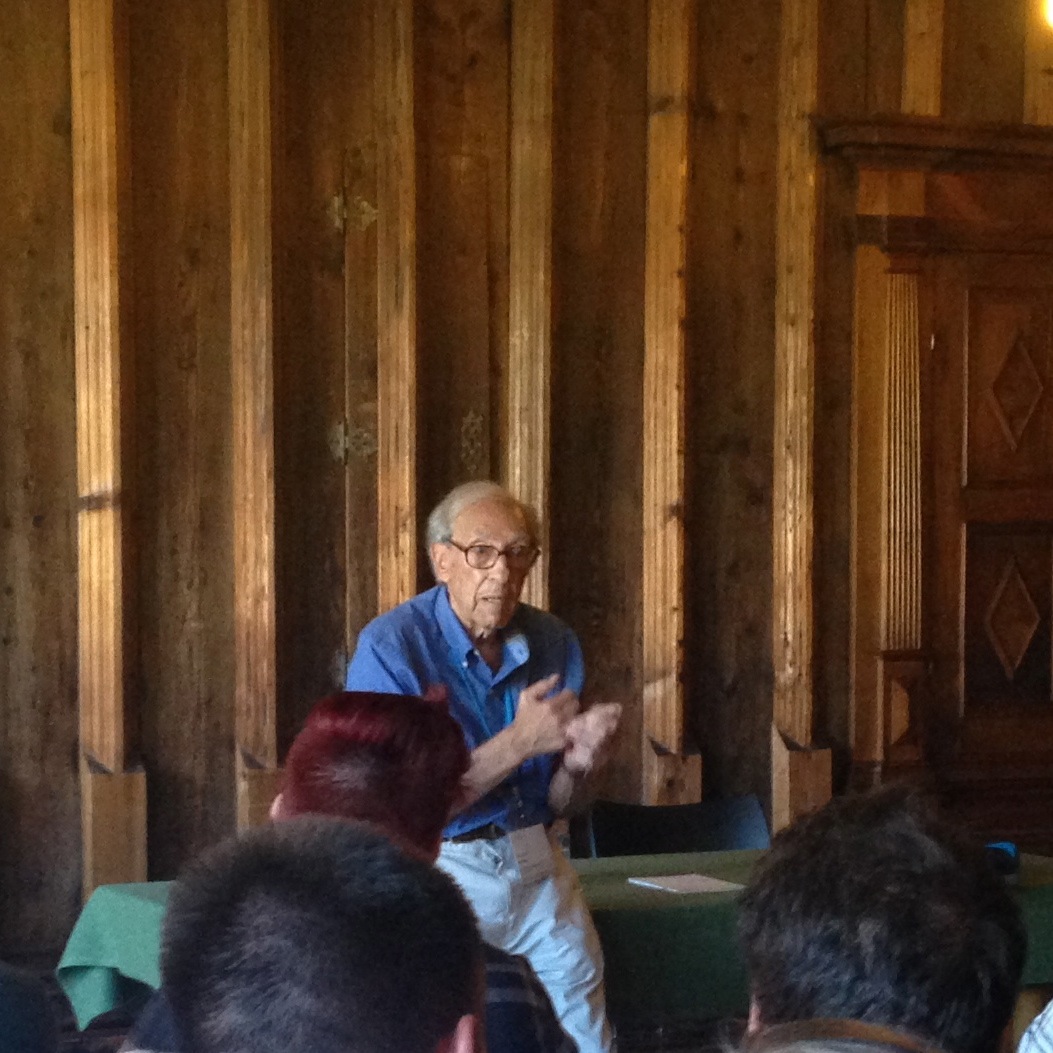 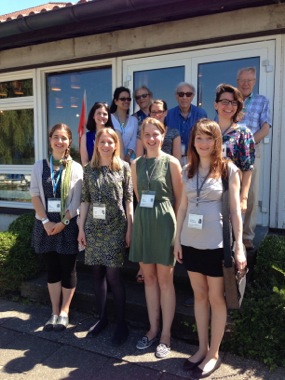 The interdisciplinary meeting provided an extraordinary opportunity for young scientists at the start of their career to talk directly and discuss their own research with the leaders in their fields, hear about the latest scientific breakthroughs, and learn at first hand about the high and low points in the careers of their idols.  The week-long program is packed with morning lectures by Nobel laureates, afternoon discussions, breakfast roundtable meetings, break-out meetings, and social get-togethers.  Amid tight security, the opening ceremony included welcoming words from Countess Bettina Bernadotte, President of the Council for the Lindau Nobel Laureate Meetings, and Joachim Gauck, President of the Federal Republic of Germany, as well as a concert by the Ensemble of the Vienna Philharmonic Orchestra.

Four Vallee Visiting Professors – Ernst-Ludwig Winnacker, Hans Jörnvall, and Nobel Laureates Edmond Fischer and Torsten Wiesel – met with the Vallee Lindau Fellows and Alexa Mason, Executive Director, at various times over the course of the week.  Eddy Fischer’s plenary lecture – The Origin of Reversible Protein Phosphorylation as a Regulatory Mechanism – was as entertaining as it was informative.  He followed it up with a lively discussion with about 60 young scientists in the beautiful Altes Rathaus.  And a sunny lunch on the edge of Lake Constance allowed the Vallee Foundation community to get together one day.

Not just a chance to meet the rock stars of the science world, the meeting also provided an opportunity to network across disciplines and nationalities.  As Melissa Ward wrote, “It was also exciting to meet with so many young scientists, and the interdisciplinary nature of the meeting forced me to think beyond my areas of expertise.  As a result I formed a potential collaboration with a computer scientist with whom I am interested in developing new technologies that could allow antibiotic resistant infections to be diagnosed more quickly and cheaply.  Furthermore, I welcomed the opportunity to be able to interact with a large number of other junior research fellows and to share our experiences of managing the transition to becoming independent researchers. “

The central message Katie Harron came away with was “to be more ambitious in my research.  I feel that I learnt that I could and should do research in any area I find interesting – this does not have to be the hot topic that everyone else is working on, or a major problem that has been identified.  As Eric Betzig said, valuable scientific discoveries are often made working where others aren’t.”