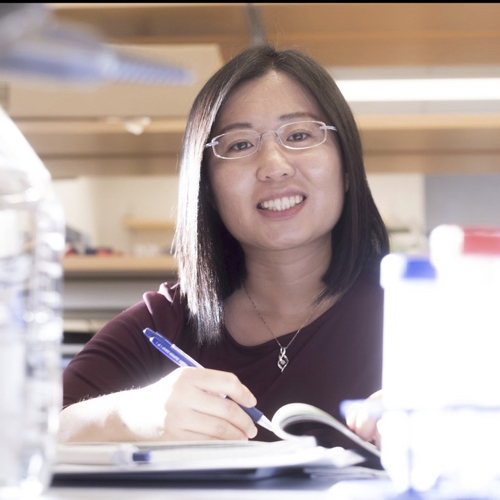 Our immune systems — and those of all animals — are among the most rapidly evolving parts of our bodies, due in part to the evolutionary “arms race” we face against fast-evolving viruses and other pathogens. But how new immune-related genes arise in evolution remains poorly understood. Li Zhao, PhD, and Mandë Holford, PhD, are leading a project to better understand how immune genes that code for tiny proteins known as micropeptides arise in evolution. The team will characterize immune-related micropeptides in humans and in fruit flies, focusing specifically on micropeptides that play a role in the innate immune system, our first line of defense against pathogens. Humans have both an innate and an adaptive immune system, while insects have only innate immunity. They will also focus on an evolutionarily new micropeptide in the fruit fly to better understand its function in the immune system and how it evolved.

Li Zhao is an Assistant Professor and Head of Laboratory of Evolutionary Genetics and Genomics at The Rockefeller University. Her lab focuses on understanding the origin and evolution of novel genes and phenotypes. One of the major directions is to use de novo genes, which are originated from non-genic sequences of genomes, as a unique paradigm to decipher the complex relationship between genetic and functional innovation. Since many protein-coding de novo genes produce small proteins or micropeptides, they provide a unique opportunity to investigate the origin, expression regulation, structure, and functions of these novel products. One of the lab’s special interests is to understand how these genes contribute to evolution, health, reproduction, and immune systems. Her lab thus develops and employs a broad spectrum of computational and empirical approaches to generate and analyze large-scale data and uses experimental tools to study these questions in various systems.

Dr Zhao received her PhD from Chinese Academy of Sciences, where she studied the evolution of novel genes and genome architecture. During her postdoctoral training with David Begun at University of California Davis, she used computational and population genetic approaches to study the evolution of de novo originated genes within species, revealing patterns of the earliest stages of gene origination. Dr Zhao is a recipient of the Sloan Research Fellowship (2018) and the Irma T Hirschl/Monique Weill-Caulier Trust Research Award (2018). She is a Rita Allen Foundation Scholar (2019) and a Vallee Scholar (2020).

The Allen Distinguished Investigator program supports early-stage research with the potential to reinvent entire fields. With grants between $1 million and $1.5 million to individuals and scientific teams, these researchers receive enough funding to produce momentum in their respective fields.

Allen Distinguished Investigators are passionate thought leaders, explorers and innovators who seek world-changing breakthroughs. Their ideas are transformative and their scientific insights are game-changing. What the Investigators share is a pioneering spirit, the ability to imagine possible futures of science, and the ability to create new ways of thinking to share with the world.