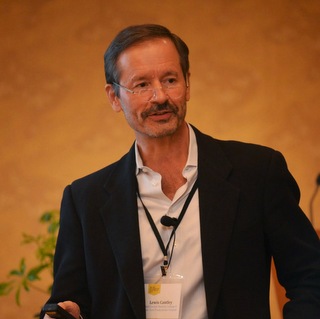 Vallee Foundation Board Member Lewis Cantley will receive the Association of American Cancer Institutes (AACI) Distinguished Scientist Award on October 26, during the 2015 AACI/CCAF Annual Meeting, in Washington, DC.  Prior to the award presentation, Dr Cantley will deliver a talk entitled, "Targeting PI3K for Cancer Therapy".

A cell biologist and biochemist who serves as The Margaret and Herman Sokol Professor in Oncology Research and director of the Sandra and Edward Meyer Cancer Center at Weill Cornell Medical College, Dr Cantley’s pioneering research has resulted in revolutionary treatments for cancer, diabetes and autoimmune diseases. Among his research contributions was the discovery of the phosphoinositide 3-kinase (PI3K) pathway, which enabled a new understanding of the way biochemical signaling pathways control normal cell growth and how they can trigger the development of cancer when they are defective.

Dr Cantley conducted postdoctoral research at Harvard University, where he was appointed assistant professor of biochemistry and molecular biology in 1978. He became a professor of physiology at Tufts University in 1985, but returned to Harvard Medical School as professor of cell biology in 1992. He became chief of Harvard’s new Division of Signal Transduction, and a founding member of its Department of Systems Biology in 2002. In 2007, he was appointed director of the Beth Israel Deaconess Cancer Center. He joined the faculty of Weill Cornell Medical College and NewYork-Presbyterian Hospital in 2012.

AACI and the Cancer Center Administrators Forum (CCAF) jointly formulated the program for the 2015 AACI/CCAF Annual Meeting. The meeting will be held at the Mandarin Oriental, Washington DC, October 25 - 27. More information on the meeting, including the program and electronic registration is available on the AACI website.