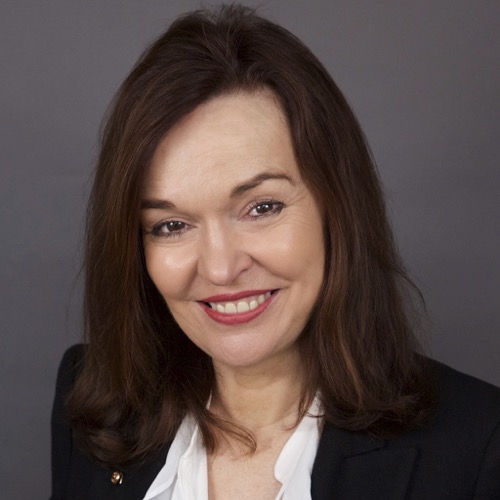 Many congratulations to Professor Dame Carol Robinson, Vallee Visiting Professor and Director, who has been awarded the 2022 Louis-Jeantet Prize for Medicine for establishing native protein mass spectrometry as a technology for understanding the molecular interactions, stability, and function of membrane proteins. These proteins, which are part of the membranes of our cells and constitute some 30% of the human proteome, are medically important as they are the targets for more than half of all drugs. Her methods are being applied to drug discovery for a variety of complex targets, addressing severe unmet medical needs.

Carol Robinson is a founder and world leader of the native protein Mass Spectrometry (MS) field. Her focus is on membrane protein complexes and their interactions with ligands. Membrane proteins are hugely important drug targets but are incredibly hard to study as they are imbedded in a lipid hydrophobic membrane, whereas the parts on either side of the membrane are hydrophilic. When Dr Robinson began her research career, it was largely assumed that proteins needed to be denatured or even digested for analysis by MS, which entails the loss of their biological activity.

In 2008 Carol Robinson changed this perspective by discovering that intact, heterogeneous membrane protein complexes could be injected into the mass spectrometer if first imbedded in detergent micelles, or giant soap bubbles. These bubbles shield and protect the membrane proteins, so that they are transferred into the gas phase in their native folded state. Using this method, she uncovered mechanistic details of many different types of integral membrane proteins, including channels, transporters, and receptors, and has been able to study their association with lipids. Her work has wide medical impact, as her techniques are now routinely used to study a variety of processes spanning from antibody characterisation and small molecule drug screening to antibiotic resistance.

Carol Robinson was a Vallee Visiting Professor at the Rockefeller University in 2016 and was appointed a Director of the Vallee Foundation the following year. Her work has attracted many awards including the Othmer Gold Medal from the Science History Institute, the Royal Medal A from the Royal Society, the Novozymes Prize and the Stein and Moore Award. She is the former President of the Royal Society of Chemistry, a Foreign Associate of the National Academy of Sciences USA and EMBO member. She holds fifteen honorary doctorates and offices and was appointed DBE in 2013 for her contributions to science and industry.

THE LOUIS-JEANTET PRIZES
Every year, the Louis-Jeantet Prizes distinguish leading-edge researchers who are active in the member states of the Council of Europe.
As one of the best-endowed awards in Europe, the Louis-Jeantet Prizes foster scientific excellence. They are not intended solely as the recognition of work that has been completed, but also to encourage the continuation of innovative research projects. When the research being recognised is close to practical applications for combating illnesses affecting humankind, one of the Louis-Jeantet Prizes converts into a Jeantet-Collen Prize for Translational Medicine, supported by generous donations from the Désiré Collen Stichting.
Established in 1986, the Louis-Jeantet Prizes have thus far been awarded to 100 researchers: 28 in the United Kingdom; 19 in Germany; 17 in Switzerland; 15 in France; 4 each in Sweden, Italy and the Netherlands; 2 each in Austria, Belgium, Finland and Norway; and 1 in Hungary. Among the 100 prize-winning researchers, 14 have subsequently won the Nobel Prize in Physiology or Medicine, or the Nobel Prize in Chemistry.
Since 1986, a total sum of more than CHF 60 million has been awarded by the Foundation to the 100 prize-winners for the continuation of their work.