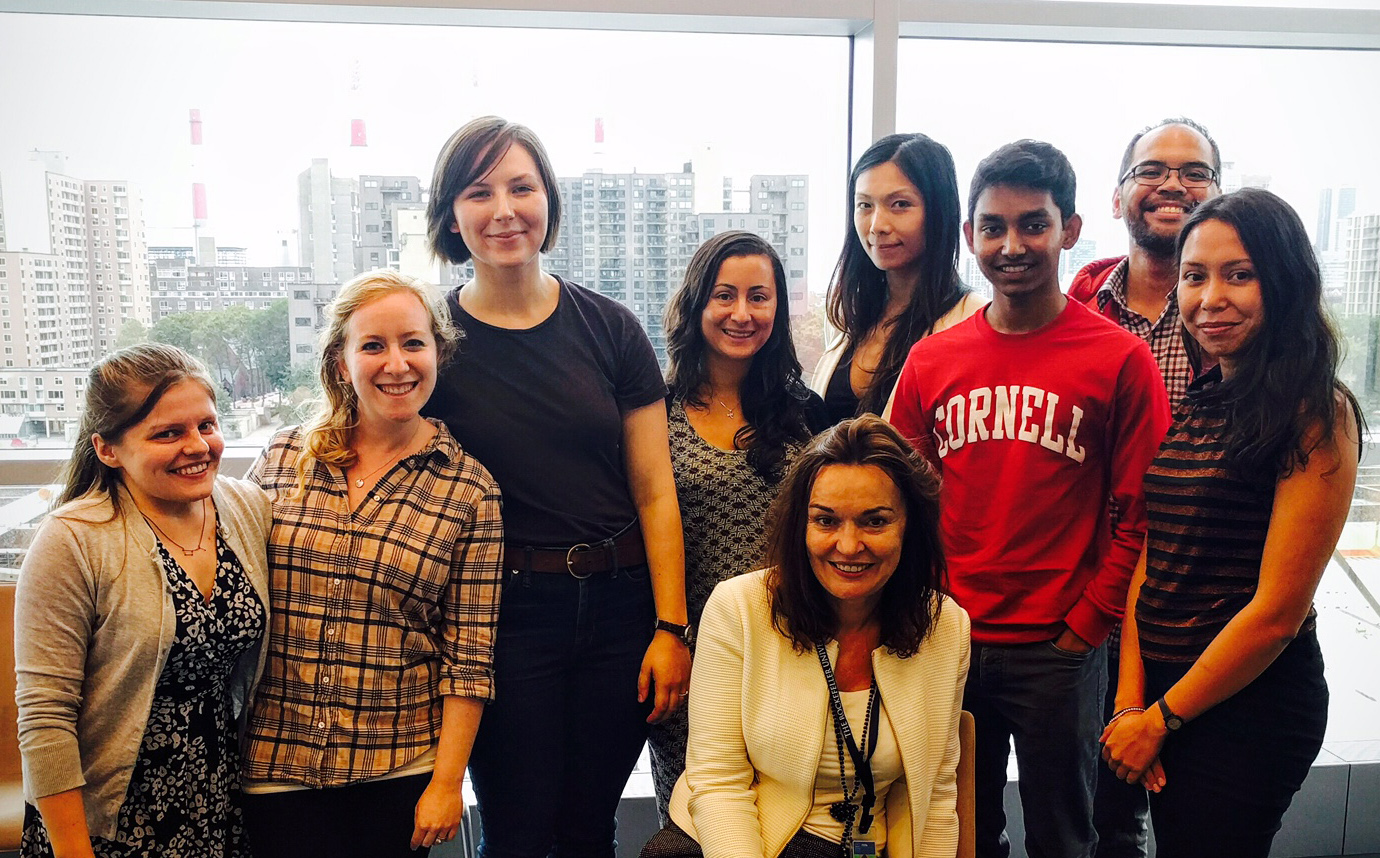 Carol Robinson takes her VVP at the Rockefeller University

For her first sabbatical in 25 years, Dame Carol Robinson, Royal Society Research Professor at the University of Oxford, spent September 2016 at the Rockefeller University, hosted by Barry Chait in the Laboratory of Mass Spectrometry and Gaseous Ion Chemistry. “Without doubt this was one of the most stimulating months of my career, one in which I was free to think of my new directions without the distraction of the day-to-day management of the laboratory.  I was able to work on manuscripts and to formulate new research proposals.  As such I found this month to be completely stimulating and productive with many new collaborations established and novel ideas arising.  I am excited to return to my lab at Oxford to implement these new research directions.”

During her month in New York, Carol gave six lectures, attended several research group meetings, and had far-reaching discussions on the work-life balance and establishing an independent academic career with junior faculty.  These lectures, meetings, barbecues and dinners at the Rockefeller University and Weil Cornell Medicine, as well as brief side trips to Indiana University and Harvard Medical School, opened doors to new collaborations which focus on the application of mass spectrometry to understand lipid binding, membrane protein organisation and the influence of the membrane on molecular recognition processes.   In addition, her VVP sabbatical provided an opportunity for Carol to meet with scientists in industry and establish collaborations on Ion channels and enzymes associated with cancer.

During the last week of her Vallee Visiting Professorship she was invited to the offices of the journal Nature for lunch and a round table discussion of their publishing protocols and decisions.  Carol found this session particular useful and used the meeting to highlight the plight of young colleagues attempting to publish in high impact journals at the start of their careers while they are relatively unknown.