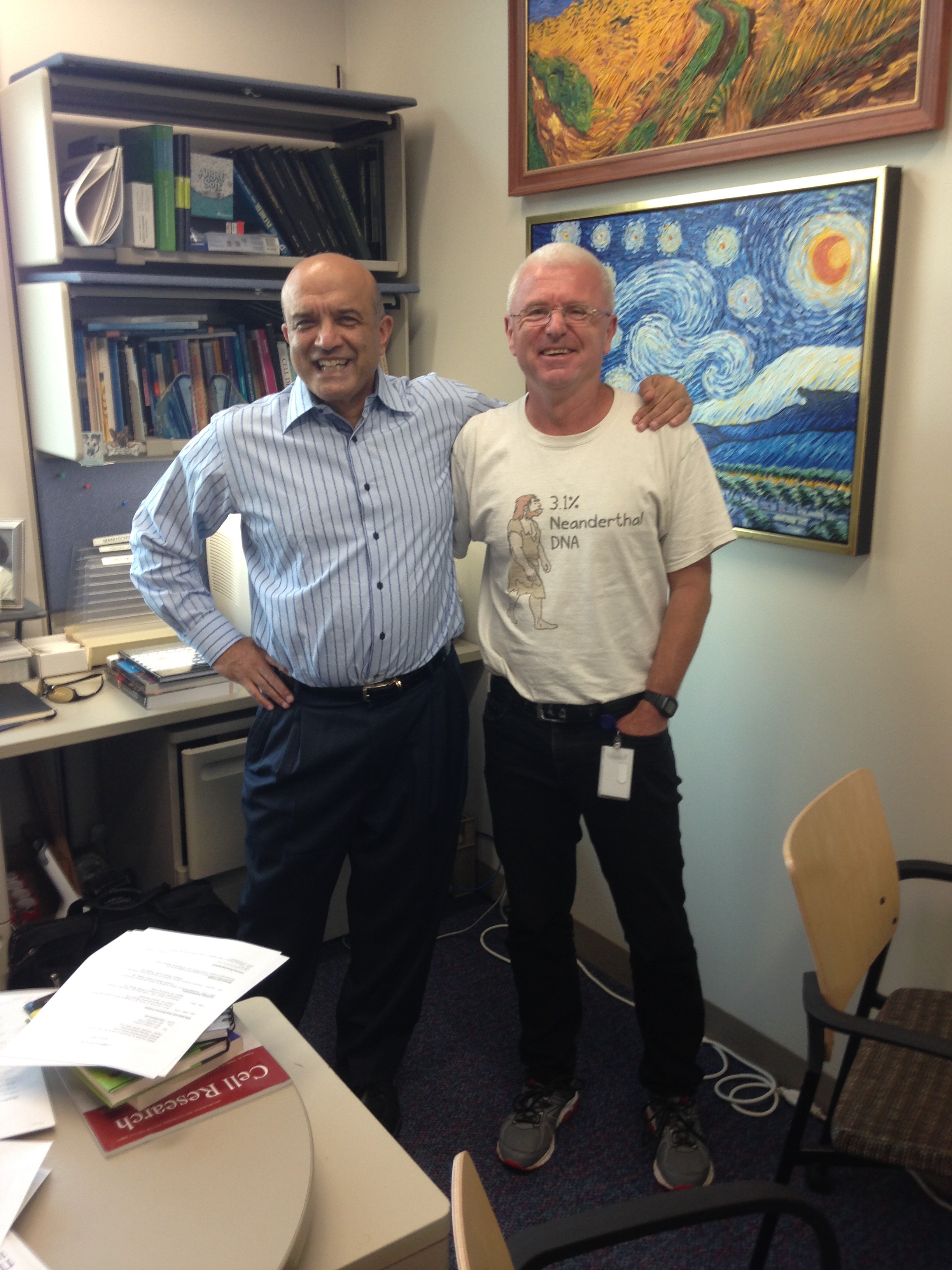 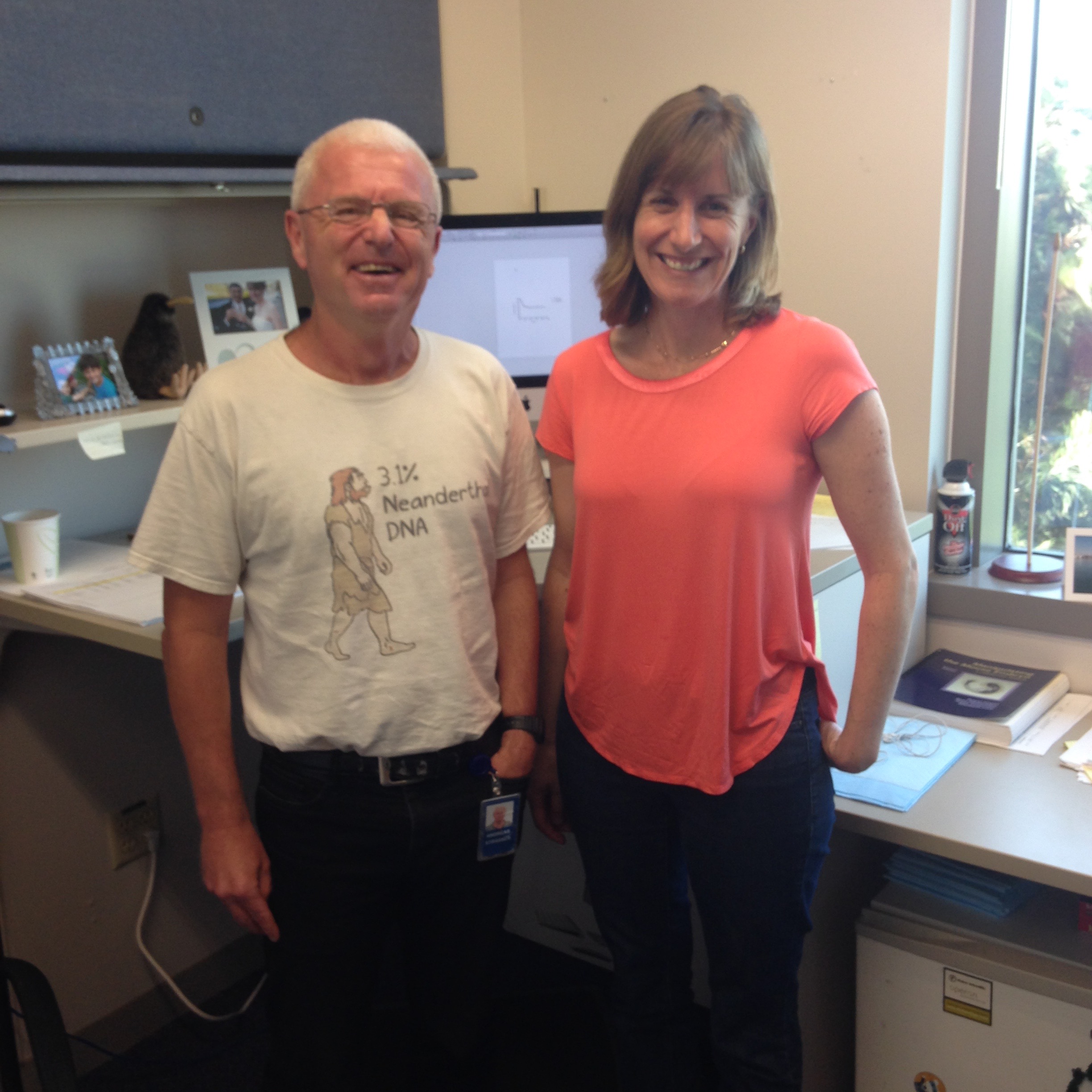 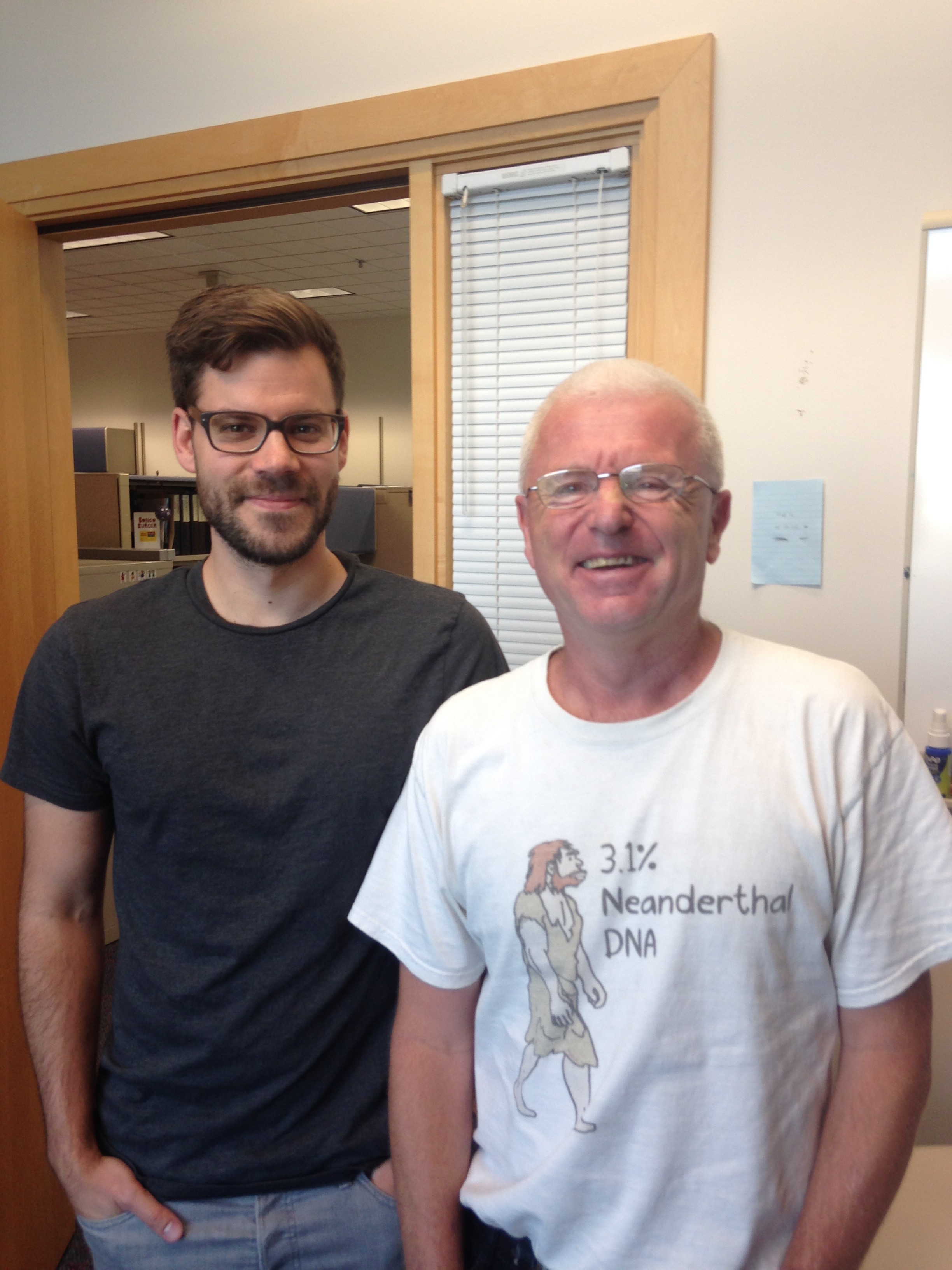 His group at WEHI in Melbourne is known for its work on programmed cell death, apoptosis, and how defects in this process can cause cancer or autoimmune disease and how they affect the response of malignant cells to cancer therapeutics.   Over the past few years the Strasser group at WEHI has extended its interest from apoptosis into additional forms of programmed cell death, particularly necroptosis and pyroptosis.  Vishva Dixit and Kim Newton, Andreas’ hosts at Genentech (with Andreas in the top two photos), are performing exciting research in necroptosis and pyroptosis with their colleagues Domagoj Vucic and Nobuhiko Kayagaki.  During his VVP sabbatical, Andreas worked closely with them at the bench in studies on the roles of different protein-protein interaction domains within the kinase RIPK1 and the role of the enzymatic activity of Caspase-8 in the control of apoptosis.

In addition, he presented his work at several prestigious conferences in the US and Europe and at several Vallee Foundation lectures.  Collectively, this has provided him with an unrivalled opportunity to engage with a very large number of basic researchers, translational researchers and clinician-scientists from leading research institutes and universities worldwide.  Andreas reports that these interactions have already fostered several research collaborations between his group in Melbourne and groups in the US, Europe or Asia and he anticipates that these investigations will lead to exciting discoveries and interesting publications. Hopefully, some of them will form the foundation for the development of novel therapies for cancer or other diseases that are caused by defects in programmed cell death.

“My Vallee Foundation-sponsored sabbatical at Genentech has been a truly amazing experience, scientifically, intellectually and personally.  I cannot thank enough the Vallee Foundation for making this possible for me.”