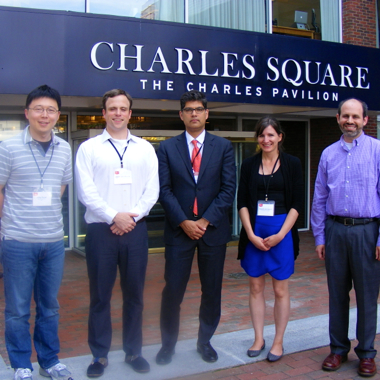 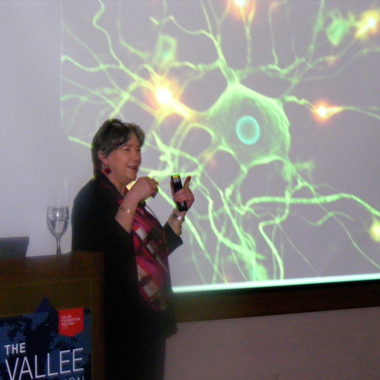 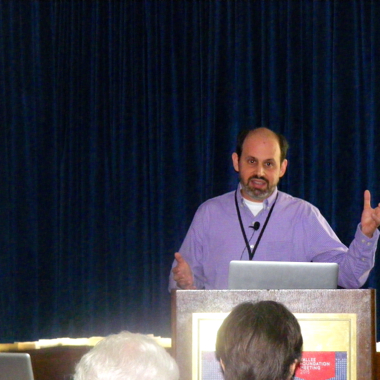 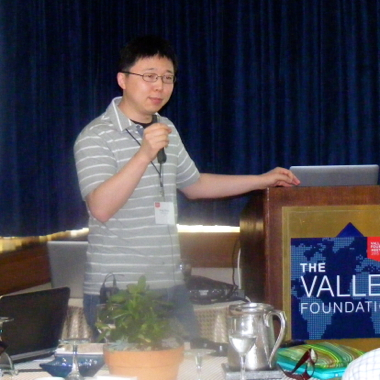 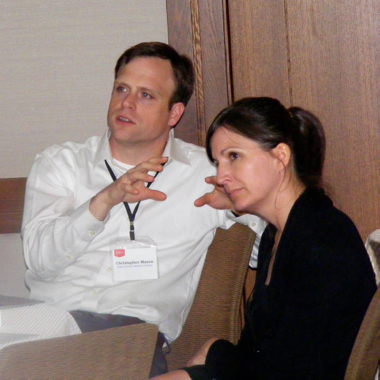 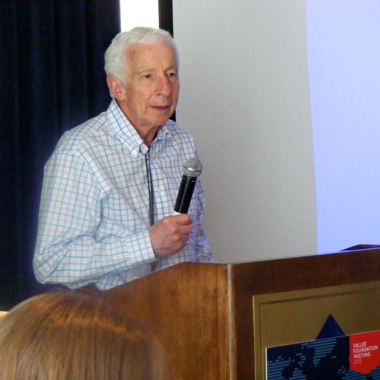 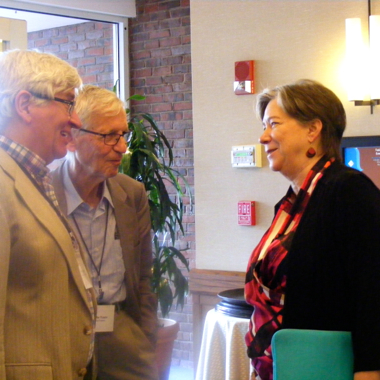 This summer’s Vallee Foundation Meeting highlighted some of the diverse biomedical research being undertaken by scientists affiliated with the Bert L & N Kuggie Vallee Foundation.  Speakers at the event, held June 23, 2016, at the Charles Hotel in Cambridge, included five recipients of the Foundation’s Young Investigator Awards and one Vallee Visiting Professor who presented an array of work addressing critical questions in biology, from organismal development to human disease.

In her keynote lecture, Susan Lindquist, who was awarded a Vallee Visiting Professorship last December, discussed an unusual and powerful approach to studying pathologies that strike the brain. “As we’re living longer, most people are going to live with neurodegenerative diseases,” said Lindquist, who is a member of the Whitehead Institute for Biomedical Research and professor of biology at the Massachusetts Institute of Technology.  These diseases often involve misfolded proteins, and Lindquist uses yeast, a simple one-cell organism, to study how misfolded proteins affect cells.  These proteins, it turns out, interfere with fundamental processes in cells that are highly conserved across organisms.  Yeast strains that are genetically engineered to express human disease proteins make it possible to perform large-scale genetic and chemical screens to identify potential new treatment strategies, she said.  More recently, her group is generating disease-specific cortical neurons using induced pluripotent stem (iPS) cells from patients. “We’re starting to be able to build hypotheses in yeast that can be tested in human neurons,” she said.

Like Lindquist, David Tobin, the first Young Investigator awardee to speak, is using an unexpected animal model to study human disease.  Tobin, assistant professor of molecular genetics and microbiology at Duke University Medical Center, said that zebrafish are infected by Mycobacterium marinum, a close relative of the TB-causing pathogen Mycobacterium tuberculosis.  While fish can’t contract lung disease, they do develop granulomas, inflammatory clusters of cells similar to those in the lungs of tuberculosis patients.  Using the zebrafish model, Tobin's research has identified how host immune cells change to orchestrate granuloma formation, and how novel therapies may potentiate the ability of the immune system to clear infection.  “We may be able to identify host-directed therapies that will enhance effectiveness of TB drugs,” he said.

Feng Zhang, a professor of biomedical Engineering at MIT, detailed one of the most exiting recent technologies in biology: CRISPR, a tool that allows scientists to cut and paste DNA sequences in genomes with great precision.  Zhang has played a key role in harnessing CRISPR, a natural genome editing system that bacteria use to fight off viruses, for use in human cells.  The technique relies on a family of nucleases called Cas9, and RNA molecules that guide the nuclease to DNA targets.  The CRISPR-Cas9 system “provides a foundation for developing an entire toolbox of gene editing technologies,” he said.  His lab is now working to improve the technique, develop new biological applications, and share tools with other labs worldwide.  The technique can vastly accelerate the process of creating cellular and animal models of disease, he said, and can also be a tool for rapid, unbiased discovery of genes involved in biological processes.  Someday, it may enable gene therapy applications to correct genetic problems in specific populations of human cells.

Danelle Devenport, assistant professor of molecular biology at Princeton University, turned the topic to a fundamental question in biology: how cells of higher organisms organize themselves into complex patterns during development.  Planar cell polarity, the process by which cells align across a plane of tissue to form fur, scales, and feathers, also controls the patterning of auditory hair cells, the beating of cilia in the trachea, and neural tube closure.  How do patterns get transmitted over thousands to billions of cells? Her lab has been studying this question in skin and hair follicles.  Using Vallee Foundation funding, Devenport’s lab is investigating whether mechanical forces that alter cell geometry might contribute.  By growing epidermal explants on stretchable substrates, they find that cell alignment and collective polarity is altered by stretching.  “We’re proposing that collective cell shape changes can act as initial symmetry breaking cues,” she said.

Sandeep Robert Datta, assistant professor of neurobiology at Harvard Medical School, discussed his efforts to improve how scientists study the biological basis of animal behavior.  “In the long run, we want to tease apart the relationship between genes, circuits and behavior,” he said.  But a key problem is how to observe, measure, and quantify behavior, which usually relies on judgments of human observers.  Datta’s team is using depth cameras to take 3D videos of a mouse’s position as it moves around an enclosure and responds to olfactory signals like the scent of a predator.  They create mathematical models to parse movements into categories and quantify them in an objective way.  “The algorithm itself discovers the underlying pattern of behavior,” he said.  This tool can be paired with techniques like optogenetics to understand how tweaking genetic or neural pathways influences patterns of behavior.

For the final presentation, Christopher Mason, associate professor of physiology and biophysics at Weill Cornell Medical College, spoke about his work to expand the toolkit for studying the complex landscape of genetic regulation.  His lab has discovered that RNA undergoes chemical modification similar to the epigenetic modifications of DNA, opening up a new field of research on the “epitranscriptome,” which Mason says is “a way to modify and regulate RNA that had not previously been appreciated.”  His team is using new techniques to sequence RNA in single cells in order to profile cancer cells in leukemia patients before, during, and after therapy, which may offer new insight into why some tumors resist treatment.

The Vallee Foundation’s Young Investigator Award program was launched in 2013 to support early-career biomedical researchers whose work demonstrates originality, innovation, and the potential to have a broad impact in their fields.  This meeting was the first opportunity for the awardees to discuss their research together.  Gordon Hammes, vice president of the Vallee Foundation, noted that the meeting was a first step toward the larger goal of bringing Vallee awardees together into a community of scientists to further collaboration and communication.  The Young Investigators will join the Vallee Visiting Professors for next year’s summer symposium.  “We believe this interaction promotes really good science,” he said, noting that the best ideas often arise when disparate areas of science intersect.