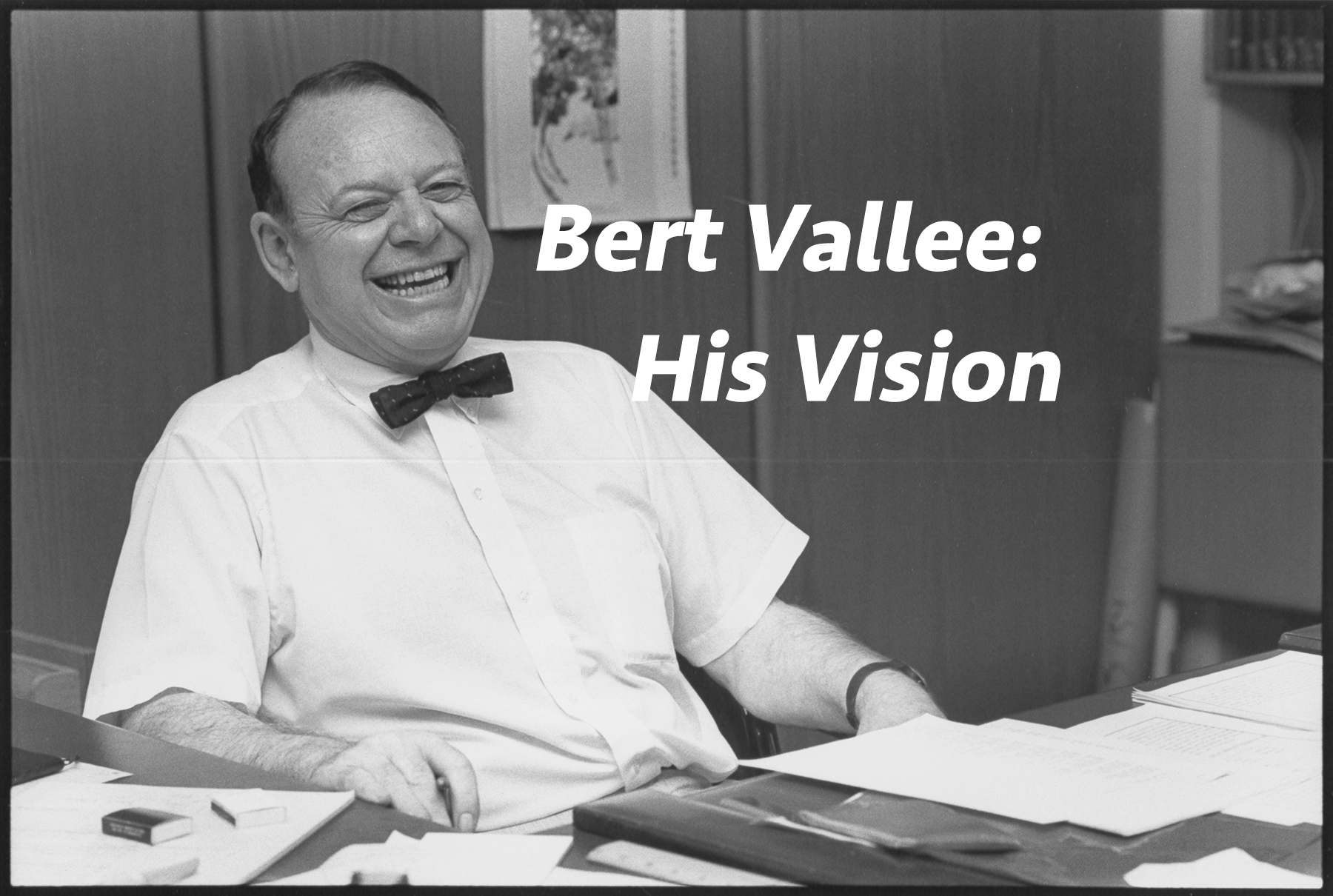 Bert Vallee: His Vision for the Foundation

The Bert L and N Kuggie Foundation was established in 1996 but its mission of promoting dialogue between biomedical scientists had its roots in an earlier period. When Bert Vallee organised scientific meetings in previous decades he was adamant that scientific collaboration was at its best in a convivial atmosphere. He believed that  the academic  exchanges he initiated could build a stronger community of scientists, and the subsequent Vallee Visiting Professorships became the cornerstone of the  Vallee Foundation.  Colleagues and friends remember Bert's vision for the Foundation.