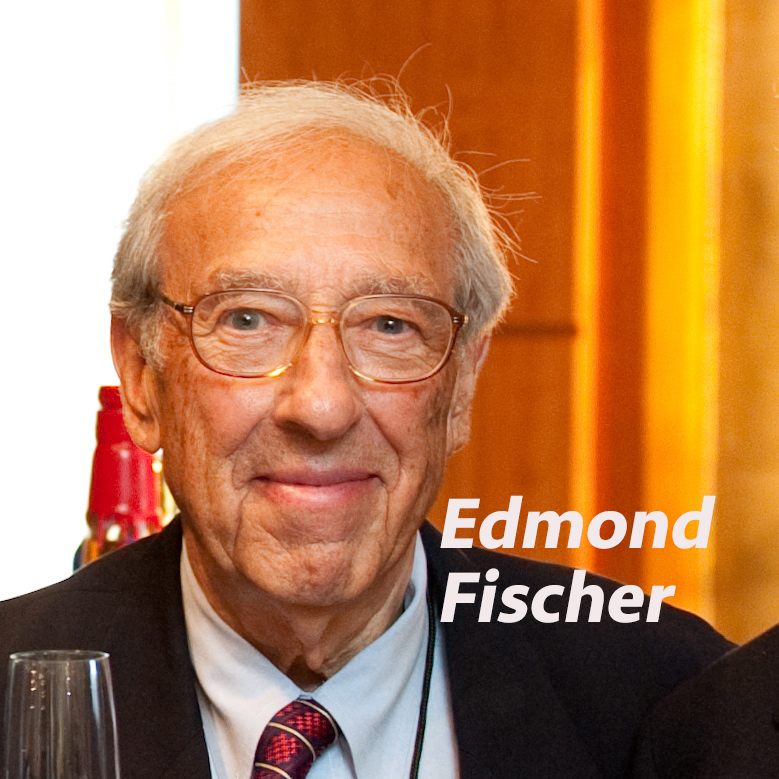 Edmond Fischer (1920-2021) was a biochemist best known for his discoveries concerning reversible protein phosphorylation as a biological regulatory mechanism, for which he and his collaborator, Edwin G Krebs, received the 1992 Nobel Prize in Physiology or Medicine. Eddy Fischer met Bert Vallee in the mid 1950s and got to know him well at various professional meetings and symposia and collaborated with him for many years. He was one of the second groups of VVPs in 1998. He joined the Board of the Vallee Foundation in 1999.