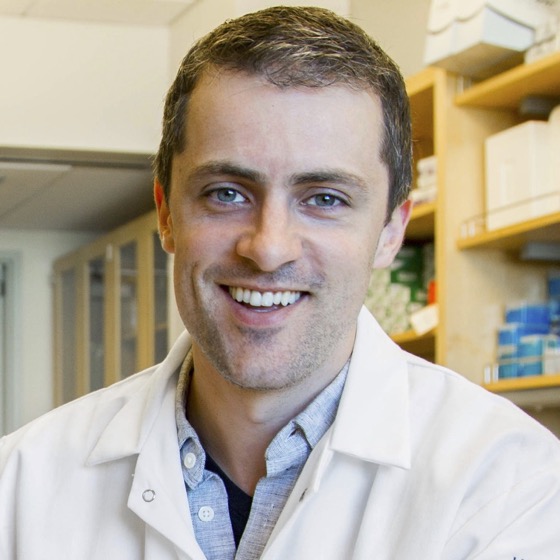 Joseph Bondy-Denomy, PhD, is an Assistant Professor in the Department of Microbiology & Immunology at UCSF. Joe received his BSc in Biology from the University of Waterloo and his PhD at the University of Toronto, working with Alan Davidson in the Department of Molecular Genetics. His graduate work focused on the co-evolutionary arms race between bacterial viruses (bacteriophages) and their hosts. This work led Joe to study an immune system that bacteria possess to protect them from phages, called CRISPR-Cas. He serendipitously made the discovery that numerous phages infecting the human pathogen Pseudomonas aeruginosa produce proteins that inhibit CRISPR-Cas function through direct interactions with the Cas proteins. Since joining UCSF as a PI, the Bondy-Denomy lab has continued to study various aspects of the CRISPR-Cas system, such as characterizing its roles in other pathogenic microbes and searching for proteins that may modulate or redirect CRISPR-Cas function. The lab is also pursuing the discovery of new bacterial immune systems and phage-host interaction paradigms. His laboratory uses a combination of molecular, microbiological, biochemical, and bioinformatic approaches to identify and characterize novel aspects of bacterial immune systems. Work in the Bondy-Denomy lab will enhance our understanding of bacterial evolution, has applications to CRISPR-Cas9 therapeutic genome editing, and may provide novel treatments for antibiotic resistant bacteria.