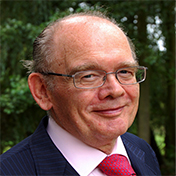 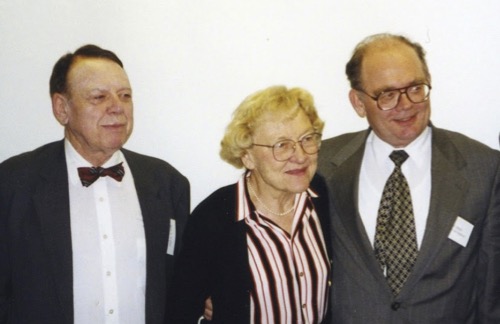 Allen Hill, FRS, Emeritus Professor of Bioinorganic Chemistry at the University of Oxford and Honorary Fellow of Queen's College and Wadham College, Oxford, died on August 2, 2021. A pioneer in the field of protein electrochemistry, Professor Hill's long career at Oxford began in 1962 when he joined the Department of Chemistry there after his graduation from Queen's University, Belfast.  He retired from Oxford in 2004. He and his research group made seminal contributions to the electrochemistry of redox-active proteins. In particular, work carried out in the early 1980s paved the way for the development of electronic blood glucose sensors which came to market in 1989 and which have revolutionised the management of diabetes globally.

The Bodleian Libraries' 2013-2014 exhibition - Great Medical Discoveries: 800 years of Oxford Innovation - included Hill's glucose electrode as one of 20 objects chosen to tell the story of Oxford's place in the history of medicine from the medieval period to the present day.

In 1997 Professor Hill enjoyed a sabbatical in the lab of Bert Vallee at Harvard Medical School as the second Vallee Visiting Professors, just one year after the Vallee Foundation was established. "Coming back to Harvard Medical School as a Vallee Visiting Professor was a strange experience for me in the sense that, since I had been on sabbatical with Bert Vallee in 1970-71, I had visited the Laboratory at least every year. The primary difference between this and other visits was that with the freedom allowed, I had time to converse intensely with both the experienced and not-so-experienced colleagues at Harvard Medical School.”  (Allen Hill, VVP 1997)