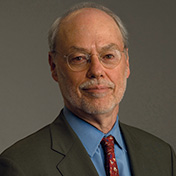 Vallee Visiting Professor Philip Sharp (VVP 2013) and Young Investigator Feng Zhang (YIA 2013) are back in the news again having led a team at the Broad Institute to use CRISPR/Cas9 to create a comprehensive genetic screen of the mouse genome.  Using guide RNAs developed to knock out genes in the 2.6 billion base pair mouse genome, the scientists revealed new genes involved in tumor evolution and metastasis.  Their recent results are published in Cell.  Read more

Congratulations also go to Philip Sharp for being named the Chemical Heritage Foundation’s 2015 Othmer Gold Medalist.  Sharp is the Institute Professor at the Massachusetts Institute of Technology and member of the Department of Biology and the Koch Institute for Integrative Cancer Research.  The medal was established in 1997 to honor outstanding individuals who have made multifaceted contributions to our chemical and scientific heritage through innovation, entrepreneurship, research, education, public understanding, legislation, or philanthropy.  Read more

Vallee Young Investigator Christopher Mason (YIA 2014) has been in the news again with his urban pathomap of the New York City subway.  Mason, Assistant Professor in the Department of Physiology and Biophysics and assistant professor in the HRH Prince Alwaleed Bin Talal Bin Abdulaziz Al-Saud Institute for Computational Biomedicine at Weill Cornell Medical College, recruited researchers and graduate students to swab surfaces of commonly touched places in the subway system such as handrails and turnstiles. The vast majority of the 10 billion DNA fragments analyzed in the 18-month study were non-pathogenic and represent normal bacteria present on human skin and the human body, the study published in the journal Cell Systems found.  Read more