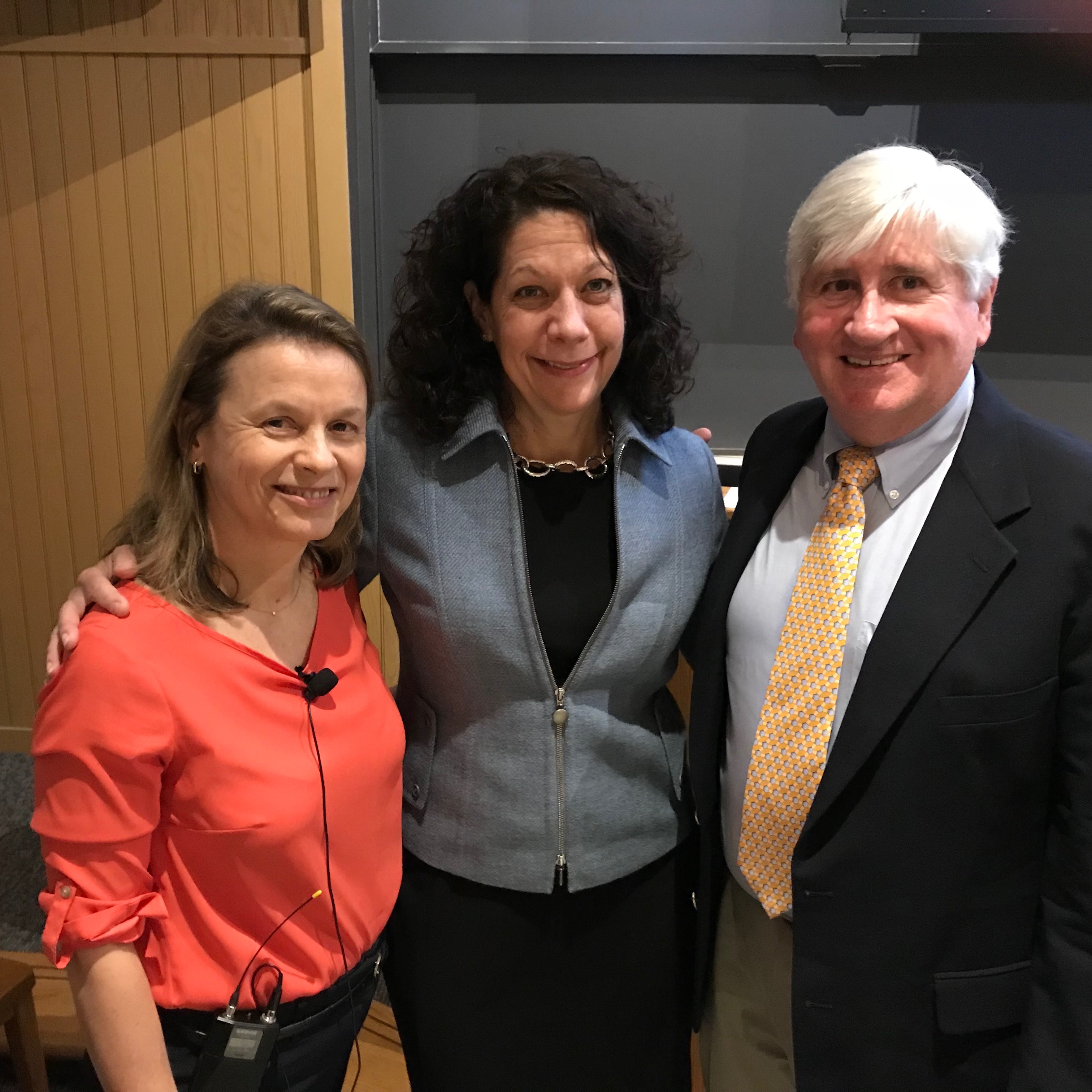 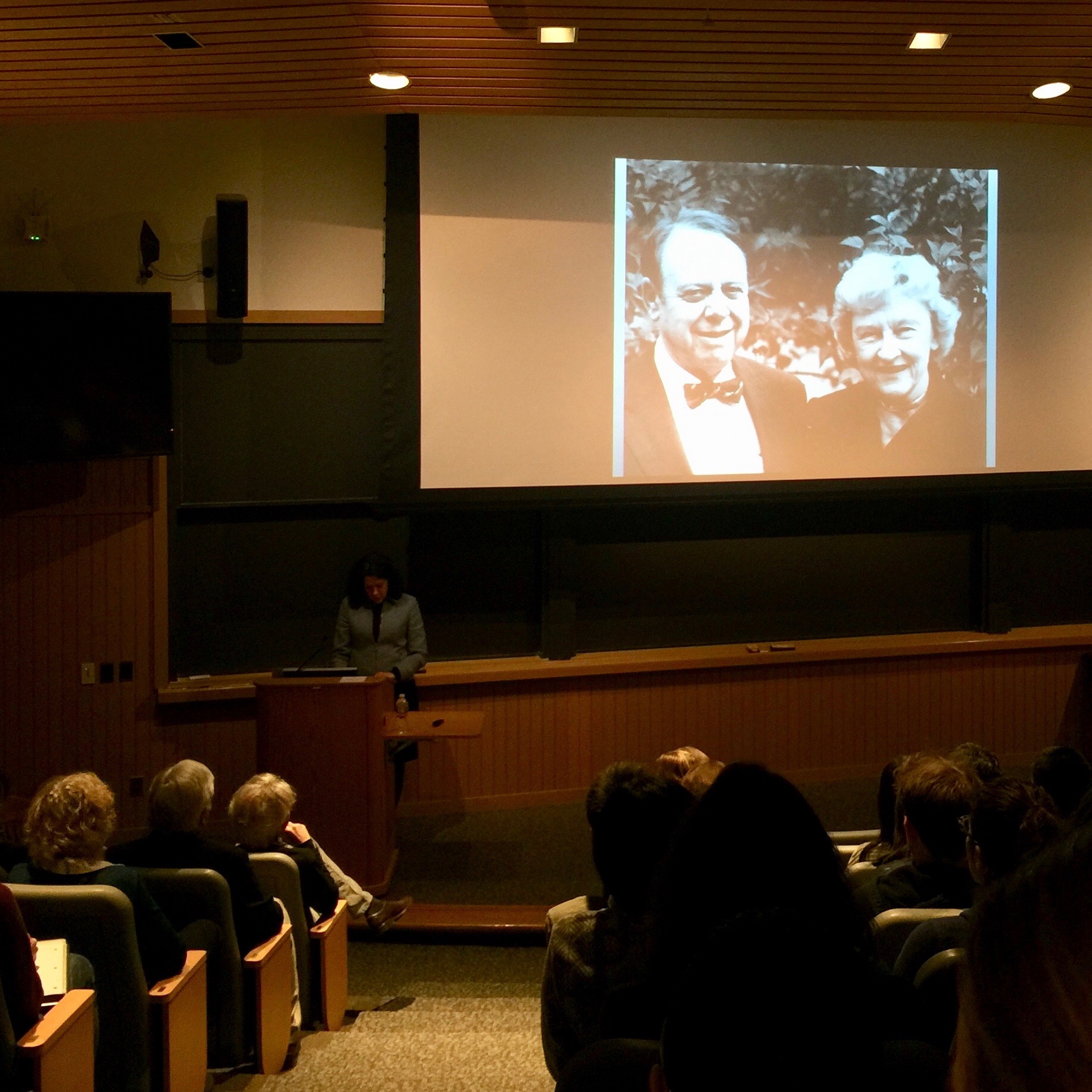 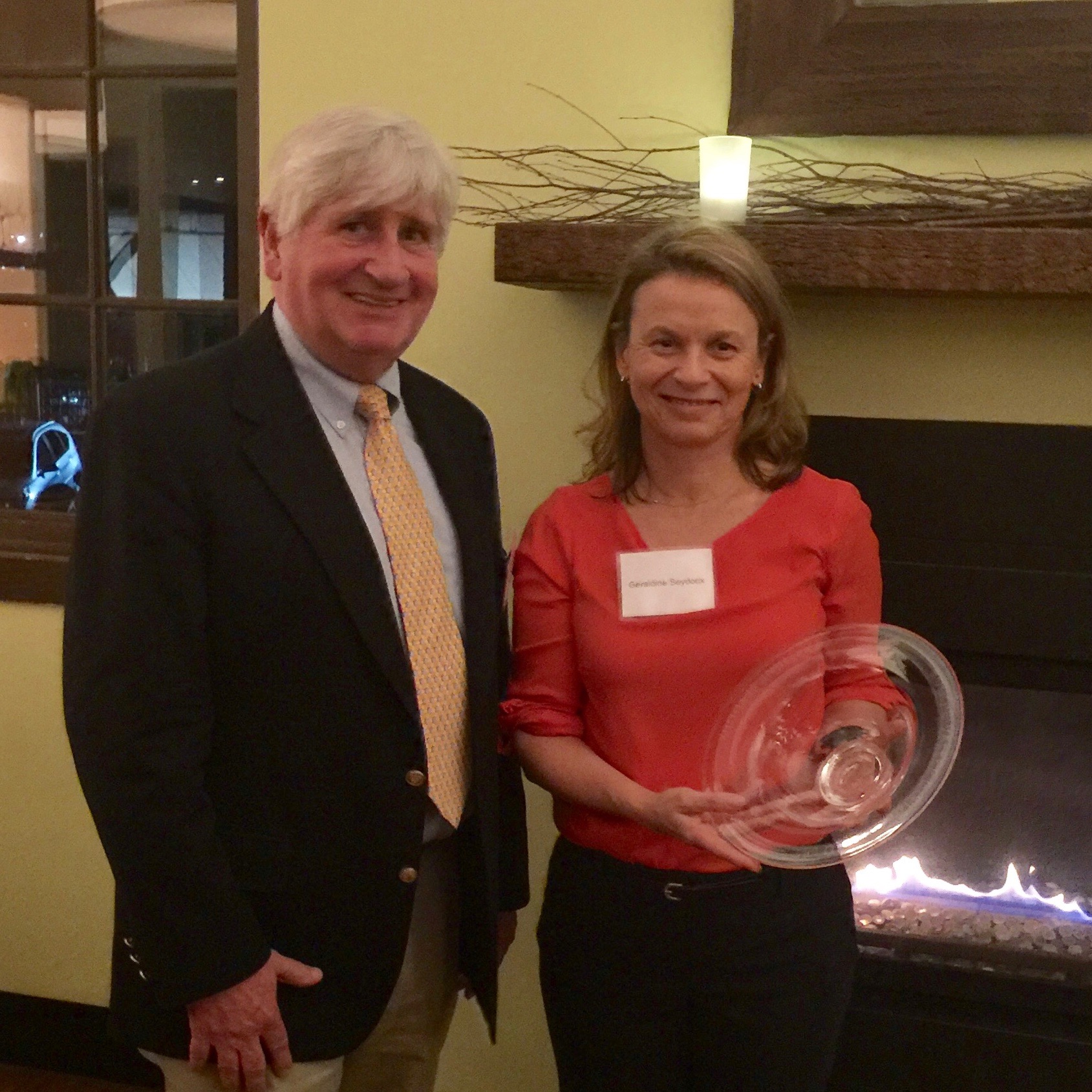 Geraldine Seydoux, PhD, Huntington Sheldon Professor in Medical Discovery and Vice Dean for Basic Research at Johns Hopkins University School of Medicine and HHMI Investigator, returned to her alma mater, Princeton University, on January 22, 2018 to give the second Kuggie Vallee Distinguished Lecture:  Are RNA granules liquid organelles? Regulation of RNA granule assembly by intrinsically-disordered proteins.   To an overly packed auditorium, Dr Seydoux methodically explained why, in her view, RNA granules may neither be liquid nor, exactly, organelles.

This year’s Kuggie Vallee Distinguished Lecture was hosted by Bonnie Bassler, Squibb Professor of Molecular Biology, who gave the first Lecture at Harvard Medical School last academic year.  In her introduction, Dr Bassler noted how well Dr Seydoux perfectly matches the spirit of this lectureship.  “She has, over and over, performed dogma-overturning research.  She, her lab, and her work have been recognized by many honors.  She is a fabulous teacher and has a long record of service to science.”  Indeed, as Vallee Foundation President Peter M Howley remarked, it is just such major successes in the biomedical sciences that will inspire young women to continue a career in science.

Again this year, the Lecture was paired with a Female Leaders in Science Workshop led by Dr Yuval Hart from HFP-Consulting.  Twenty one Princeton female faculty members and lecturers attended the full-day workshop, which was designed to strengthen individual skills for success in academic biomedicine and to foster networking and mentoring among women faculty.  At the opening dinner, to which Provost Debbie Prentice and Dean of the Faculty Sanjeev Kulkarni were also invited, Dr Bassler thanked the Vallee Foundation for celebrating women in science at Princeton and thanked the University leadership for their “ongoing efforts to make Princeton become a workplace that is free of harassment and discrimination.”