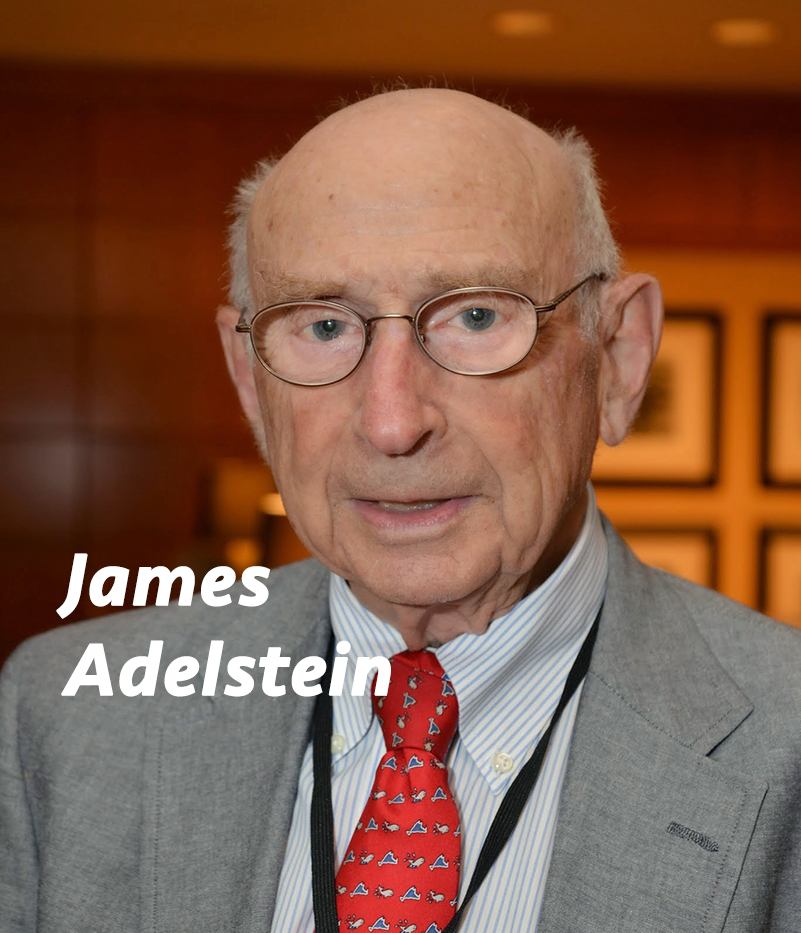 James Adelstein was Bert Vallee’s first graduate student at MIT. A close friend and advisor, Jim Adelstein helped Bert and Kuggie Vallee articulate their vision for the Foundation and joined the Board at its founding in 1996, taking over the Presidency after Bert Vallee’s death in 2010. He stepped down in 2015 and remains on the Board of Directors. His research has focused on the biophysical effects of highly ionizing radiation emitted by radionuclides; microdosimetry of internal emitters; and therapeutic applications of radionuclides in tumor models.